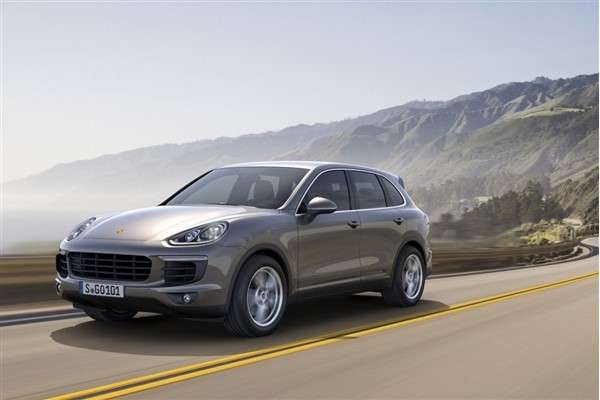 For the last several months, Volkswagen has been awaiting federal approval of its plans to fix nearly 40,000 3.0-lliter turbodiesels at the heart of the Dieselgate scandal. The automaker received that approval late last week.
Advertisement

Dieselgate was VW’s self-inflicted scandal that has so far cost the automaker nearly $25 billion which has paid for the buybacks, federal and state fines and penalties and the settlement of a dealer suit. About six months later, Volkswagen and the owners of nearly 100,000 3.0-liter V-6 turbodiesels hammered out a similar agreement with owners given the option of either participating in the buyback program or waiting until there was a fix for their vehicles – also part of the 2.0-liter program. Volkawagen hasn't been able to catch a break.

In total, 500,000 vehicles – 2.0-liter and 3.0-liter turbodiesels – were covered by each program. The program resulted from the automaker’s use of a “defeat device” to meet U.S. emissions standards. Though the “defeat devices” were similar – they were software routines – there were enough differences that two programs were needed, though the 2.0-liter part of the plans was settled some months ahead of the 3.0-liter portion.

Though VW has submitted earlier attempts at fixing the issue – the EPA and CARB rejected at least one pair of solutions – the feds and California finally agreed that the automaker had come up with a fix that it could apply to 38,000 Porsche, Audi, and Volkswagen crossover vehicles. The approval comes more than two years following the automaker’s admission that it had cheated on nitrous oxide (NOx) emissions testing.

Volkswagen received the notification from EPA and CARB last week that 38,000 2013-15 VW Touaregs, 2013-15 Porsche Cayennes, and 2015 Audi Q7s could receive the approved software update that fixes the problem in those crossovers. And, 2013-14 Touaregs and Cayennes, as well as the Q7s will also need unspecified hardware updates.

VW has until the end of month for notifications

VW has until the end of the month to notify owners of the models impacted by the fix.

According to the letter sent to VW officials, the automaker has until the end of the month to notify owners of affected models of the fix. Meanwhile, the fates of about 40,000 Audi A6, A7, A8, Q5, Q7 and older Touaregs is unclear. EPA and CARB have already rejected proposed fixes, as noted. The automaker will have to buy back the vehicles if there is no approved repair.

Reuters recently estimated that the approved fixes could save the automaker about $1 billion in buyback costs.