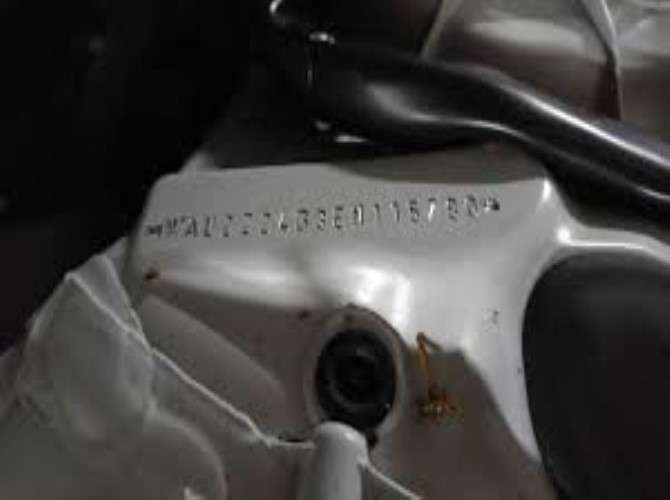 Why does Volkswagen seem to keep shooting itself in its left front tire, so to speak? Just when the wheels of Dieselgate seemed to be slowing to a stop, prosecutors found what could be another scandal right in the paperwork they are using to investigate the emissions scandal in Europe, possibly thousands of cars built using a repeating set of VINs. So why did someone do it? No one knows right now.
Advertisement

Perhaps you don’t know this – we didn’t either, in fact – but there are VINs, and there are VINs, and lately, there are other VINs. Being in cars, of course, you know that VINs are Vehicle Identification Numbers, the 23-number strings that tell you a car’s life story until it rolls off the assembly line. And then there are the tasty kinds of VINs – reds, whites, sweet, savory and the like – dispensed from the bottle in restaurants. Finally, there are Audi VINs – oops, correction, make that VIN.

For some reason or other, Audi built a whole series of vehicles with a repeating set of VINs. No one can say exactly how many cars were built, but it could have been thousands. And, this, added to the pressure the automaker has felt as German prosecutors close in on the emissions scandal, makes it quite a kettle of fish to be swimming in.

For those who may not know what a VIN is – unless you’re new to cars it is hard to believe there is anyone with a car who doesn’t know what a VIN is and what it does – it is, as noted, the Vehicle Identification Number. It is like a car’s fingerprint.

The VIN is a 23-figure alphanumeric string that identifies everything about every car that made since the first VINs appeared in the mid-1960s. From a VIN, you can determine the type of car it is; how big the engine is; where the vehicle was manufactured, the year it was made, and in which part of the model run it was built. It is quite a powerful identification tool. The way the VIN is read is that the first 17 figures identify the vehicle while the last six identify its place in the build. VINs are stamped on all body panels, the transmission housing; the engine frame and subframe, and the engine itself. Audi Builds Cars With Same VIN

Given their importance, you would think that Audi would have noticed a rather glaring problem with lots of vehicles, all with the same set of VINs. The information was part of the cascade of information that has been found as probers continue their scrutiny of the tons of paperwork that have been turned over in the course of their investigation. The VIN revelation comes at a time when the Dieselgate scandal is just about over in the U.S. Yes; there are a couple of loose ends to be tied up such as the sentencing of Paul Liang, an engineer in the U.S., who was at the center of the emissions scandal. He has been given a 4.5-year term and the sentencing of Oliver Schmidt who has been in jail for six months and is now awaiting his sentence in the scandal. Other German engineers who were sought by U.S. authorities are remaining in Germany on the advice of their attorneys. They are effectively beyond the reach of U.S. authorities. However, they may be in the sights of the German prosecutors.

One of the most damning pieces of information to come out lately was from an engineer who was deeply involved in the scandal and whose information has recently become public. The engineer said that as early as 2006 top managers and executives knew there wouldn’t be enough urea formaldehyde available to meet the needs of all of VW’s cars. The VW vehicles needed extra amounts of BlueTec™ to meet the needs.

Because of these requirements, the information says, the automaker’s engineering staff steered away from the urea solution and chose a technology that was widely discredited when it was chosen, catalytic capture and reburn. Reburn didn’t alter the amount of nitrous oxide all that much, they key emissions component that couldn’t be controlled well.

The engineers turned to the next best thing, in their minds, apparently, using unique software code to scam testing equipment and make the turbodiesel engines under their hoods clean when they were not.

With that piece dealt with, prosecutors have turned their investigation into a look at another piece of weirdness, one set of VINs, thousands of cars. The vehicles were primarily for export to China, Korea, and Japan.

The underlying problem facing prosecutors is this: why the cars existed in the first place? An Audi spokesperson, speaking to the prestigious German business paper Handelsblatt, said the automaker was unaware of the particular VIN problem. Handelsblatt said that Audi auditors had the VIN issue specially marked in their records. They used a color-coded system that showed the “risk of discovery.”

An honest mistake or a deliberate coverup?

For now, what remains unclear is whether the VIN repetition was because an error occurred or whether it was another deliberate coverup. Truthfully, prosecutors say, they don’t know how deep the problem goes. It could be merely a problem with a spreadsheet, or it may be factual. At the moment, though, no one has any idea about the depth of it. There's little to be gained by repeating on series of VINs as they play important roles in not only vehicle identification, but they are also essential to the recall systems used by countries globally. So, now no one knows why it happens, and since it is at an early stage yet, it remains a mystery.

Denis Flierl wrote on August 28, 2017 - 9:17am Permalink
WOW....Do they also cheat at Global Rallycross?!?
Johnny Tseng wrote on March 25, 2018 - 2:25am Permalink
My 2016vw e golf. Funny thing happened when they punched vin number during service visit. It shows up as Routan. Service guy said don't worry Because there no such thing as 2016 routan. Exactly then why vin number not show my car.