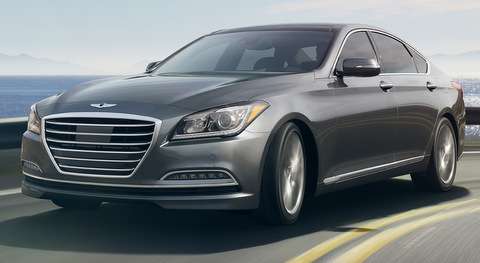 Earth To Alexa, Your Genesis Is Ready, Please Pick It Up

Amazon's digital assistant Alexa can now tell your Hyundai Genesis what it wants or doesn't want and your car has to comply.
Advertisement

And, you thought that Alexa was another pretty face, didn’t you? Oh, you don’t know who or what Alexa is? Try this on for size: it’s Amazon’s home digital assistant – think Siri or Cortana but for the Amazon world. Under the details of a plan announced yesterday, Alexa will be able to order your luxury Hyundai Genesis around, if you happen to own one.

The idea is simple. Amazon and Hyundai have agreed to let Alexa tell the Genesis 80 or 90 what to do. It’s that simple. Of course, it’s a lot more complicated than that at the computer level. However, at the interface level, it’s just a matter of saying what’s on your mind.

All you say is something like: “Alexa start the Genesis (or whatever you call it)” and the Hyundai in your driveway will start. If you then say, “Alexa lock the doors,” a good precaution if your car is running in the street without you behind the wheel, then Alexa will inform your Genesis to set the locks. It’s a neat marriage of technology and convenience.

The system uses Alexa’s Bluetooth-enabled, Echo-, Echo Dot- or Tap-enabled speakers to pick up your commands and send them to the Genesis 80 or 90 parked out front. At the moment, the command set is pretty basic. Right now, it’s just “Turn on the A/C,” “Turn up the heat,” “Turn on the headlights” and “Lock the doors.” Over time, it is likely to become more complex as the systems – Alexa and Hyundai Genesis – understand each other.

The tie-up is one of the possible results of talks that Hyundai has been having with technology companies. The South Korean automaker has reached out to technology companies like Amazon and Google. Indeed, the head of informatics development, Hwang Seung Ho, is aggressively seeking partnerships with Silicon Vally because he realizes the automaker can’t go it alone anymore. The world that Hyundai, which only this week has spun off the Genesis line as the basis for its new luxury division, is facing is increasingly interconnected, and the way to deal with the new reality is partnering with Amazon or Google and others.

Hyundai is the latest automaker to partner with a tech firm to make things happen. Take Volvo, for example, in another major announcement this week, the automaker announced that it was partnering with Google to put autonomous vehicles on the road by about 2020. Hyundai’s tie up with Amazon is somewhat unique as it is the only automaker to offer Alexa. Others have promised, but there’s nothing firm yet.

It may seem as if there’s nothing new with the offering, after all, there have been smartphone apps around for years that let you control your car. The difference between Alexa and a smartphone app is simple. Alexa is offered by a third party and works with a variety of devices, while smartphone apps are single-use applications.

At the moment, the linkup is between Alexa and Hyundai Genesis is free to owners. Amazon is even offering gift card good for any Alexa-based device.