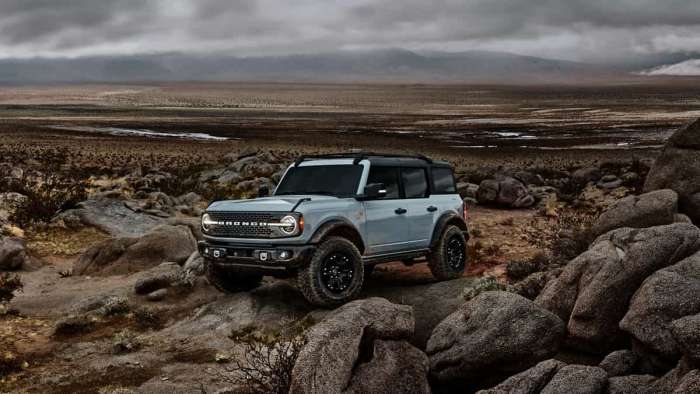 While many car enthusiasts welcomed the return of the Bronco early last summer, there were so many of them that the inevitable happened. Ford invited all prospective new owners to take a place in line for, ready for this, $100. That's right for a C-note, a prospective owner could tee up a future Bronco and await its delivery if the owner pulled the trigger, that is. 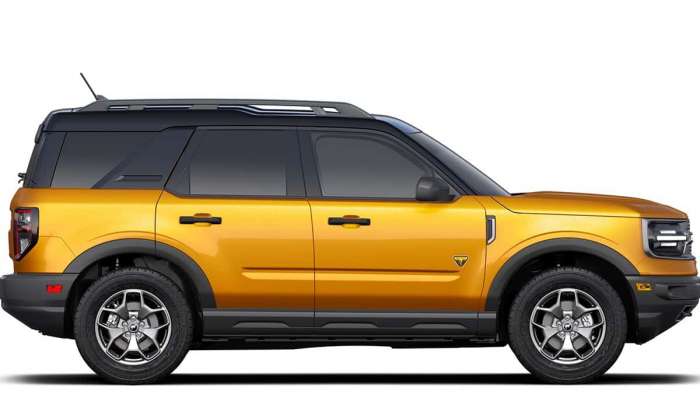 It's not that the first Configurator didn't want to work; it's that the infrastructure couldn't handle the servers' demand. So, the Ford Bronco Configurator – standard model, not the Sport – V1.0 froze.

For Ford, it was an awkward moment. Here, the automaker announced that it would be offering the Bronco again after an absence of 30 years, and the audience was ready. As soon as the automaker said go, the whole thing ground to a halt. My colleague Jimmy Dinsmore talked with folks who wanted more.

Yes, it was an embarrassment. Here the automaker had announced the new vehicle and what happened, a vast empty.

In a way, the unintended screeching halt was little more than an ultimate black-eye for Ford. After all, it had hinted and teased about the new model as it set up its market. And, the market was ready. As noted, it was ready as soon as the first announcement of the configurator V1.0 occurred. Ford figured prepared for an outpouring of interest, but it wasn't the interest or the market. It was the system.

It's not that the market didn't want the reborn Bronco; it certainly did. Look at the numbers, for instance. As noted, there were nearly 200,000 reservations for the standard truck version of the Bronco. So, the market was there. It's just that Ford hadn't anticipated the interest that the Bronco had generated.

Let's face it; Bronco is one of those vehicles that has been charmed. Even after Ford removed the Bronco in 1996, a group of internal supporters wanted to see it renewed. The internal folks pushed for the renewal. After a while – okay, nearly 30 years – the internal supporters found that their support wasn't in vain. By 2014, the company was ready, and whispers from internal supporters became much more real. Indeed, over the six years from 2014 to now, the whispers became fact as the automaker went from clay models to working mules to "spy photo" fodder. Finally, Ford announced the Bronco would go on sale in the 2021 model year.

Last July, the automaker announced the opening of orders for the Bronco's full-sized body-on-frame version. Its smaller sibling, the Bronco Sport. Those who were interested listened intently and waited for the appointed moment.

So, the automaker, chastened by the Bronco Configurator's silence, took its time as its support staff worked to build a more resilient infrastructure for Configurator V2.0. It took its time, apparently, and tested the renewed version extensively. So, when the appointed hour came for the launch of the Configurator last week, the relaunch went reasonably smoothly.

It's not that there were no glitches. There were a few minor hiccups on the way to full speed as users pushed the accelerator to the floor, so to speak. However, the Configurator overcame its glitches reasonably quickly to the point where things were up and running reasonably smoothly.

The Configurator allows you to design the Bronco you want. When you finish, you will see two things; precisely what the Bronco will look like and its cost. How does the site do this? There are two reasons, one internal and the other external.

The internal reasons are simple. The Configurator not only has the horsepower now to handle many sessions, but it also has the software warehousing available to generate the many configurations possible for users. The external reason is straightforward. The site is easy to use. Developing a Bronco is simple, and changing it is easy. All it takes is a few keystrokes, and you have the Configurator's result, a Bronco that meets your requirements. If you decide to change it, the same keystrokes will let you do it. You can use the Configurator to build whatever model you want and add any features you want. You can then change and upgrade it to a different model level and add even more features or subtract them.

With the new Build and Price tool (the Configurator’s name) you build your dream Bronco. You can choose a two-door or a four-door and you can choose from the following levels: 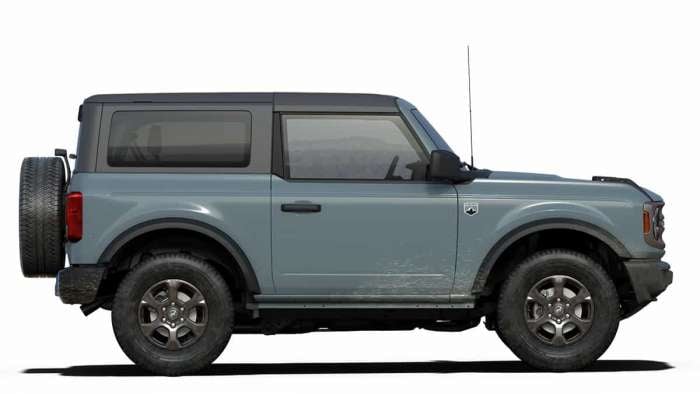 As you work through the various levels, the Configurator also gives you the pricing. The first time the automaker listed the prices of the trim level and add-ons that you have chosen.

You are sure to like a feature – it's nice, in my opinion – is the views you can have of the Bronco you are configuring. The Configurator and Visualizer – Torque News' name for the tool – gives the ability to view a three-quarter look front and rear. At the same time, you see what the particular choices look like with the doors on and off. Also, the Visualizer lets you look at the trim with the roof on and off.

If you are interested in using this tool, visit Ford at the following site.

Ron wrote on October 27, 2020 - 7:41am Permalink
A $100 deposit is ridiculous. It must be #1000 to even think these are serious buyers and at that amount I've waited many months only to cancel. I had a deposit on the Tesla 3 for many months and on the Lucid. Thoughts, want, and needs are constantly changing when waiting for production. I've had a deposit on the Rivian,two years next month and that could change.
Marc Stern wrote on November 3, 2020 - 5:51am Permalink
Nope, the deposit for the first round of Broncos (right now) was only $100. Ford's strategy, apparently, was to get buyers on the hook and then have sales people visit them to help them with the ultimate configuration. The prospective owners, who were admittedly very excited and who will likely pull the trigger apparently don't mind because their minds are made up already. The fee is no big deal but it does assure the owners a place at the table, so to speak.