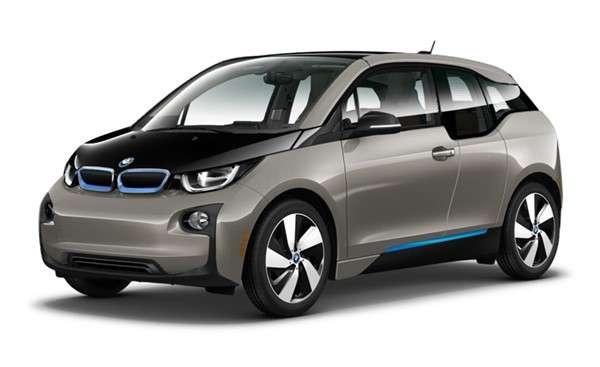 BMW has issued a stop-sale order for unsold i3 electrics as it seeks to find agreement with the National Highway Traffic Safety Administration on resolving a test issue that has caused the electric to fail its tests.
Advertisement

If you are in the market for a BMW i3, at the moment, you’ll have to wait until the automaker finds a solution to a “compliance issue” with the feds. As a result, the automaker has issued a stop-sale order which grounds every i3 at dealer lots. And, BMW has also recalled every i3 sold since their introduction in 2014. BMW vehicle ratings listed.

i3 fails to pass NHTSA test

BMW’s move affects 30,542 i3 electrics built from 2014-18. The automaker’s abrupt action comes after the i3 failed a National Highway Traffic Safety Administration (NHTSA) rigid-barrier crash test, says Car and Driver, “fifth percentile women who are in the driver’s seat and not wearing” seatbelts. This type of woman driver usually weighs between 100 and 110 pounds and is about 5-feet-tall. This particular crash test occurs at between 20 and 25 mph. BMW presents i3 ev ratings

BMW, in a statement, said the dummy used in this particular NHTSA test “sustained loads marginally above the limit.” Translated from bureaucratese, it means that the injuries the dummy receive caused the i3’s failure.

“While BMW’s compliance testing showed results well below the required limits,” the automaker said, “more recent testing has shown inconsistent results. Consequently, BMW has issued a recall and is working with the agency to understand the differences in the test results.”

BMW seeking a fix for the problem

BMW, which has yet to find a fix for the problem, has said a remedy will be forthcoming. Meantime, the automaker is mailing out recall notices by mail to let owners know of the action.

The postcard notices will be heading out in early December. Dealers received the stop-sale notice last week. “We see this as a minor compliance issue,” Alexander Schmuck, BMW spokesman, said.

The BMW spokesman also indicated the automaker believed i3 sales would begin sometime in the first quarter of 2018. He said that owners could continue to use their I3s. However, he urged drivers to wear the seatbelts when driving.

Full NHTSA ratings not yet available

Though full NHTSA crash-test ratings are not available now, Car and Driver asked for more information. Using available data, the 2017 i3 received Good scores in all of the Insurance Institute for Highway Safety (IIHS) testing. The only exceptions were the head restraints and seat which were rated acceptable.

Ottmar wrote on November 27, 2017 - 8:55am Permalink
And this recall comes shortly after BMW i3 had their best sales, how convenient to again slow down progress
Rodrigo wrote on November 27, 2017 - 8:57am Permalink
We have been talking about this a lot, honestly I think it's not wise that people still don't use seatbelts. It should be enforced everywhere. BMW should pass with starts? Not sure. Should BMW comply? Yes. Honestly, if you go deeper this sounds more like a dirty job to take out EVs from the game than safety.