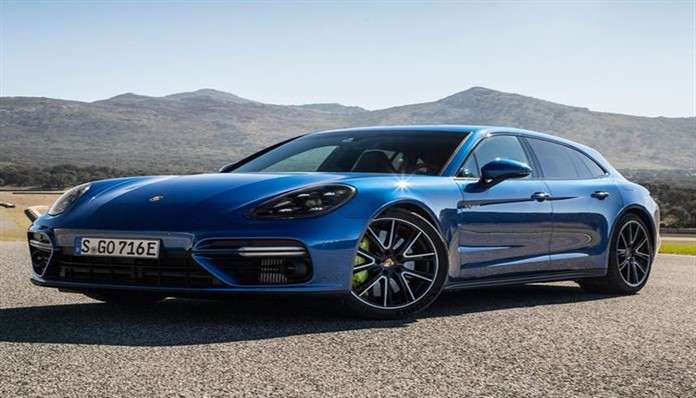 According to an exclusive report by Reuters, battery manufacturers are having a tough time meeting the needs of Porsche whose Panamera hybrid sales are exceeding projections.
Advertisement

As the Dieselgate scandal began to wind down, one of the conditions that Volkswagen set for itself was that by 2025 the automaker would become a leading – if not the leader – in electric vehicle sales and manufacture. At the time the automaker set this condition, it was a big unknown and a huge gamble. Few automakers, in mid-2016, were ready or able to make that type of commitment.

Commitment may be paying off

In an interview with the news service, Gerd Rupp, chief of the Leipzig plant where the four-door is put together, said the demand for Panamera hybrids has doubled in a year. “At present,” Rupp said, the automaker can “meet customer demand well,” Rupp said the plant would turn out roughly 8,000 Panamera hybrids this year. He admitted though that there are “limits because we are dependent on the capacities of battery suppliers.”

Initially, Porsche had “projected different volumes [of battery systems needed],” Rupp continued. The effects of the increased demand and the way it stretches battery supplies “can be seen in the longer delivery times of currently 3-4 months for Panamera hybrid models,” he emphasized. Porsche apparently was looking at VW’s electric vehicle plans when it made its decisions, and those decisions were too low.

VW’s commitment to electrics and hybrids is becoming more critical as new European rules will penalize automakers who fail to curb CO2 emissions. Indeed, Audi, Porsche’s corporate sibling, has admitted that it may face fines of up to $1.2 billion if its emissions exceeded the new European Union limits.

Both Porsche and Audi are key profit centers for Volkswagen. Porsche is planning further backing for the carmaker’s electric strategy by spending about $1.2 billion on the Panamera Mission E, its first battery-only model. And, there could be a battery version of the Porsche’s top-selling Macan to help cut its fleet CO2 emissions figure. The electric SUV would counter Cayenne and the 911 Turbo, both substantial CO2 emitters.

More than 4,000 production workers staff Leipzig and build Panamera and Macan. They also make the body shells for VW’s luxury Bentley brand. Rupp said that to meet the plans, the plant would require a huge “three-digit million-euro investment” in a new body shop.