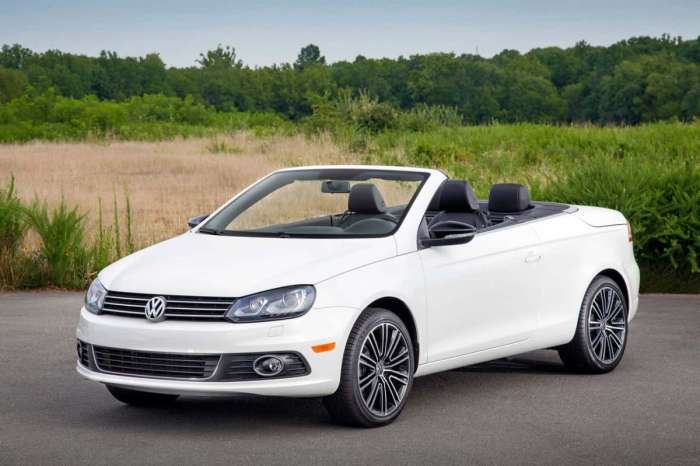 Even as Volkswagen added 119,000 vehicles to the latest Takata recall figures, other automakers such as Toyota and Fiat-Chrysler Autos added millions of vehicles to the list. And, Ford issued a do-not-drive order for some 2006 Ranger pickups and their Mazda equivalents.
Advertisement

For more than a dozen years, vehicles with airbags installed in either the driver’s or front-seat passenger’s positions were part of history’s longest-running, most important, and most-complex auto safety recall, the Takata airbag inflator callback. This week another 5.2 million vehicles were added to the recall as 14 automakers issued recalls for their vehicles. Volkswagen added more than 119,000 cars.

Some Automakers Recalled Millions This Week

The number of vehicles ranged from a low of about 11,000 to a high of more than 1.4 million vehicles Fiat-Chrysler Autos (FCA). Most automakers like Volkswagen were in the low to middle range of cars. Volkswagen contributed 119,394 vehicles, while Tesla added 68,673. Ford added 782,384, while Toyota added 1.2 million vehicles. Of the Ford vehicles, 33,000 do-not-drive orders were issued on Ranger pickups. And, other recalls were sought for similar vehicles, as well as their Mazda equivalents, the B-3000 truck.

As a result of regular recalls, about 55 million airbag inflators units have been called back and checked by various automakers. At the same time, more than 40 million vehicles have also been or are slated to be reviewed in the program to fix exploding airbag inflators.

The airbag inflator program has taken on an air of urgency as 23 motorists around the world have been killed by the bombastic devices. To date, 15 motorists in the U.S. have killed by shrapnel scything through passenger compartments after the inflators have blown up. Shrapnel from exploding inflators killed another nine drivers elsewhere. Interestingly, there was a cluster of five deaths in Malaysia. There have also been 300 serious injuries caused by the exploding inflators.

A Total Of 19 Manufacturers Involved

In total, 19 automotive manufacturers are now involved in the Takata inflator recall whose cause is the propellant used that forces the airbags to deploy. The propellant is ammonium-nitrate. As ammonium-nitrate ages or becomes contaminated that the power of the deployment charge multiplies. Research has found that after about seven years, the force of the blast is enough to compromise the housing of airbag to the point that if there is a deployment, not only can the inflator shatter but also the housing can also shatter. The shrapnel created is often fatal. Be sure you have your recall completed, if your car needs it.

The interesting part of this is that inflators located on cars that are in humid, warm zones also tend to fail most often. This means that vehicles along the Gulf Coast, West Coast, the Southeast, as well as other southern states, Hawaii, the U.S. Trust islands of Guam and Saipan, are also included.

This week’s recalls didn’t involve all of the vehicles included in the ongoing program. Instead, 15 carmakers recalled more vehicles. The manufacturers included:

Various Reasons Given For Recalls

The vehicles that were added this week were recalled because the drivers-side airbag inflator or the passenger's side device were found to have failed and they needed replacement. When will the Takata recall end?

You can visit the NHTSA safety website www.safercar.gov to check the recall status of your vehicle.