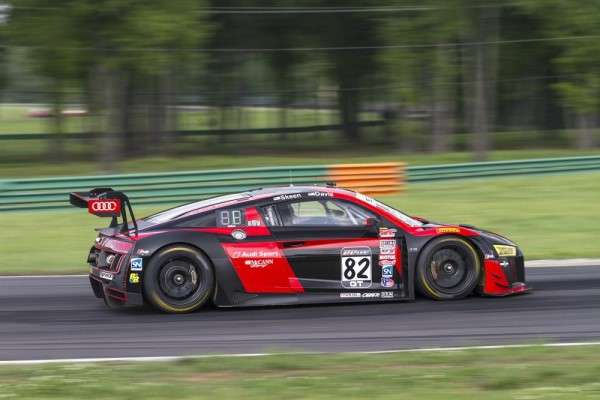 Audi used this year's SEMA show to not only introduce a new line of Audi TT RS-based performance parts but also to debut the powerful Audi TT clubsport turbo concept, a vehicle that takes the Audi TT two-place to a new high.
Advertisement

Lately, Volkswagen has been going back into its part for its current and future offerings. For example, when the automaker announced that its I.D. electric vehicles would move from concept to production, one of the vehicles, an MPV, looked remarkably like the famed VW Microbus. The Microbus was an MPV well-known and loved by the generations who grew up and came of age in the 1950s, 1960s and early 1970s. VW began to make its usual under-the-skin changes to the Microbus about 1972 when horsepower started to creep up. At the same time, though, the outline remained the same.

The upcoming vehicle called the I.D. Buzz is an electric MPV (multipurpose vehicle) has been designed to handle hauling whether it is carrying people or cargo. In fact, VW announced recently that the Buzz would be available in a specialized commercial version that should have a high reception when it goes on sale around 2020. The range of this sophisticated two-motor electric should be in the 200-mile vicinity.

Audi, taking another cue from the past, used this year’s Special Equipment Market Association (SEMA), show to introduce a specialty model, the Audi TT clubsport turbo concept. Inspired by the legendary Audi 90 IMSA GTO race car of the late 1980s, the clubsport uses a 2.5-liter turbocharged engine for power.

The engine cranks out 600-horsepower. The powerful turbocharged two-place moves from 0 to 62 in 3.6 seconds. That acceleration is quite close to supercar range as is its top-end speed of 192.6 mph.

The TT clubsport concept takes the Audi TT’s rounded silhouette to the extreme, using angular fenders that enhance the quattro, all-wheel-drive capability. Also, the design team widened the clubsport by 5.5 inches and adds a manually adjustable rear wing, made from carbon-fiber polymer.

Another vehicle featured at the show, the Audi R8 LMS, typifies the philosophy “Born on the Track, Built for the Road.”

The R8 LMS shares more than 50 percent of its parts with the Audi R8 street car. And, they share more, including the naturally aspirated V-10 5.2-liter engine and the Audi Space Frame.

For those who have a chance to see the seasoned R8 LMS, they will view a vehicle that has among its credits, a one-two finish in the Nurburgring 24 Hours, only weeks after it debuted at the 2015 Geneva Motor Show. Since that successful beginning, the R8 LMS ruled the GT3 racing series worldwide. It was victorious in the Pirelli World Challenge and the IMSA WeatherTech® SportsCar Championship. In 2016 the R8 LMS won the GTD class Manufacturer’s Championship.