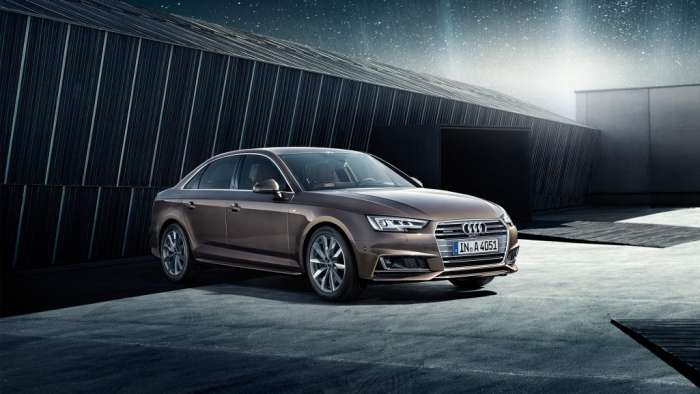 Audi soared to its 69th straight month of sales success with the help of the A4. Interestingly, the A4 luxo-sedan ran counter to recent trends as it scored a sales success in the face of torrid crossover sales. For much of the auto market, the reverse is true.
Advertisement

Led by the redesigned A4 luxury sedan, Audi powered to its 69th month of record sales in September even as Volkswagen sales continued to flag in the wake of the Dieselgate scandal.

During September, A4 sales were up 43 percent over 2015. It was the model’s best September since 2013. Last month’s number – 3,175 – more than offset sales dips on the marque’s other sedans. And, the Q5 crossover had one of its few sales lapses. Overall, the added A4 volume helped boost Audi’s sales numbers by 1.6 percent. The automaker’s total sales for September were a record 17,617 vehicles.

A4 Sales Up Through Three Quarters

For the first nine months of 2016, A4 sales were up 15 percent, despite the fact that sales of compact luxury cars were down 15 percent, according to the Automotive News Data Center.

The news has been the same for all automakers this year as crossovers have overtaken midsize and luxury sedans for the top sales spot. Interestingly, four model years ago, there was hardly a crossover on the market. Now they have become the leading market niche.

In other Audi news, the automaker will produce the redesigned Q5 in its brand new Mexican plant, which opened last week. Despite its sales slip last month, the Q5 has been the automaker’s best-selling model in the United States. The redesigned Q5, shown at the Paris Auto Show, will go on sale in the spring.

Meantime, Volkswagen sales shaken by the Dieselgate scandal continued their year-long decline. For the 11th consecutive month, VW sales dropped. The 24,112 vehicles sold represent a 7.8 percent dip. For the first three-quarters of the year, VW sales are off a total of 13 percent to 231,268.

Even the arrival of the anticipated Golf Alltrack helped stem the losses. A VW spokesman told Automotive News that the automaker sold 131 Alltracks when sales began in the final week of last month. Dealer stocks are still building. However, they won’t reach normal levels for the all-wheel-drive vehicle until the middle of the month.