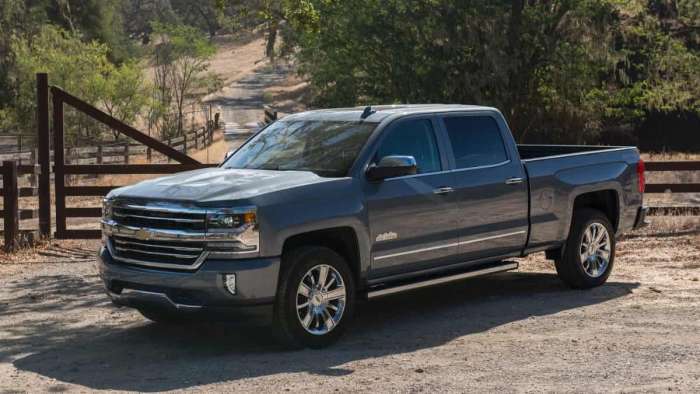 In a move that is rocking General Motors, the automaker has ordered a massive safety recall of nearly 3.5 million pickups and SUV to address a significant brake problem. Reports have linked a braking boost module issue to 113 crashes and nine injuries. GM isn't alone in having major recalls. Ford recently recalled half-a-million vehicles to repair seatback problems.

According to a news report this week, the U.S. automaker recalled 2014 – 2018 pickups and SUVs that include:

General Motors said in documents filed with the National Highway Traffic Safety Administration (NHTSA) that the recall involved the braking boost vacuum pump. Over time, the automaker said, the amount of vacuum created by the pump may decrease.

About a year ago, the safety agency opened a probe into the issue. NHTSA based its investigation at that time on nine crashes, two of which involved injuries. In July, GM opened an inquiry, after receiving more information from NHTSA. According to a statement by the safety agency, the drivers of the vehicles involved in the crashes reported that their pickups had lost brake pressure. NHTSA said that in the “rare circumstances” when the problem occurs, operators would require “increased brake pedal effort, leading to a hard pedal feel and potentially increased stopping distance.”

The way the vacuum assist pump works is this: the pump uses engine oil lubrication. The oil flows into the pump through a filter screen that can, in some cases over time, lose effectiveness; oil sludge and debris can accumulate on the filter screen and cut the device’s efficiency. General Motors used the recalled brake assist design from 2014-2018. Vehicles manufactured before 2014 and after 2018 did not use the brake bump design central to the recall.

Watch for news about upcoming changes coming for 2020 Ford F150s and other pickup trucks. Click To Subscribe To Torque News Youtube Channel For Daily Ford and Automotive Industry News Analysis.

In other GM recall news, the automaker announced the recall of 270,000 vehicles in smaller callbacks. The recalls include:

Finally, in another major recall, NHTSA is looking into reports that there’s a significant problem with the electronic parking brake switch Nissan Rogues. According to AP reports Thursday, there have been more than 840 reports regarding this issue. Drivers have reported the computer-controlled automatic braking has switched on while driving. Operators have reported 14 crashes and five injuries caused by this issue. More than half-a-million 2017 and 2018 Rogues are involved. Nissan has issued a service bulletin on this issue, plus two service actions on this problem. Investigators are now:

If they find there is sufficient cause, the probers could issue a recall for the problem-plagued Rogues.

Jesse wrote on September 17, 2019 - 9:20pm Permalink
Took my ‘17 Silverado in for the computer update today. Back on the road in 55 minutes. Had no problems to begin with but a recall is a recall.