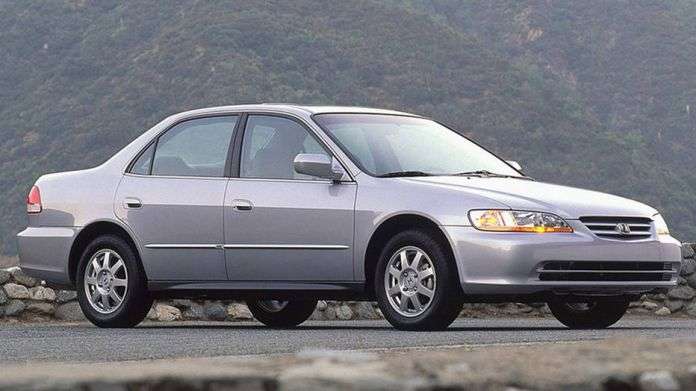 Although you may not know it, there is a unique problem that could end up killing or maiming victims of Takata airbag inflators that involves scrapyard salvage and scrapped inflators.
Advertisement

Believe it or not, the number of drivers killed by exploding Takata airbag inflators in the U.S. has now hit 20. The only things that are known about the fatal incident is that it occurred in Louisiana and it happened last summer. More than 180 drivers have been seriously injured.Sometimes airbag problems require painstaking steps.

The 20th death has a unique twist

In this death there is an interesting twist that highlights a legal flaw that could easily end up in injuring others. In an automotive recall, the manufacturer will notify the National Highway Traffic Safety Administration (NHTSA) of the issue; tell the agency when it expects to have the parts ready for the repairs; send out postcards notifying owners of the defect, and later let the owners know when they can take their cars in for free repairs. And, that’s the end of it.

But, what happens if you are a manufacturer involved in a recall that is the biggest in history and may cover up to 55 million vehicles. This is the situation that confronts the owners of the millions of vehicles involved in the largest safety recall in history, the exploding Takata airbag inflator fiasco. In this situation, Takata knew for years that its products were defective. It was told as early as 1999 that the design they were trying to employ would fail and they later knew the honest cause of the failures. In those airbags inflators that failed, investigators found that there was propellant degradation caused by moisture intrusion in the airbag inflator housing.

There reasons for the moisture intrusion included poor manufacturing practices at the airbag manufacturer’s Mexican site and poor sealing. Either way, the manufacturer knew that over time, the ammonium nitrate that it employed for propellant would degrade. But, rather than becoming weaker and weaker as the degradation continued, the explosive force with which the airbags were inflated became stronger. The force was strong enough to burst the airbag inflator housing turning the device and other pieces of the part into shrapnel that scythed through the interior of the vehicles involved, primarily Hondas as Takata was the automaker’s primary supplier until late in 2016. That meant more than 10 million Hondas, the largest population of at-risk vehicles came from Japan’s number three automaker. There was an especially dangerous node of 2001-03 vehicles where the risk rose from the 20 percent range to more than 55 percent.

It’s not that Honda didn’t own up to the problem because it had done so and it had begun its recalls as early as 2008 to fix the problem. There were several later recalls, as well.

Suffice it to say, the recall program was not as effective as it could have been as the number of victims grew around the world to the point where it had past the number 15 both in the U.S. and in Malaysia where a cluster of airbag-related deaths occurred.

It did take a long haul through court for the manufacturer to grudgingly admit there was a problem that left it sagging under the weight of the airbag recall. It finally had to give it up and sell out, leaving it to a new owner – Key Systems – to take up the challenge.

That’s where the story had stood until last week when Honda and the NHTSA confirmed the 20th airbag-related death. The difference here is that it was in a 2004 Honda Civic but the airbag inflator was from a 2001 Honda Civic. That’s right, a defective airbag inflator was reused in another car. And, there’s nothing at all wrong with the practice. It is perfectly legal for a junkyard to pull out what they believe to be working airbag inflator assemblies out of wrecks for resale to repair shops. And, neither the scrapyards nor the repair shops may know there are faulty parts involved. NHTSA does not monitor any of these transactions.

A benign-transaction can turn deadly

So, a perfectly benign-looking transaction between two outlets may turn deadly through no fault of either.

Honda, being one of the manufacturers most directly impacted, has been trying to notify owners to have their airbags inflators replaced. Indeed, the automaker has been proactive about it as they have tried to reach the millions owners whose inflators have yet to be repaired.

Meantime, if you suspect your vehicle is affected, get it to your dealer so the units can be swapped out as soon as you can.

Source: Jalopnik and others

LG's New EV Battery Plant Is a Welcome News for Tesla
Tesla Giga Berlin's New Hurdle: It's Not Only the Gov't, but Now Tesla Itself
END_OF_DOCUMENT_TOKEN_TO_BE_REPLACED