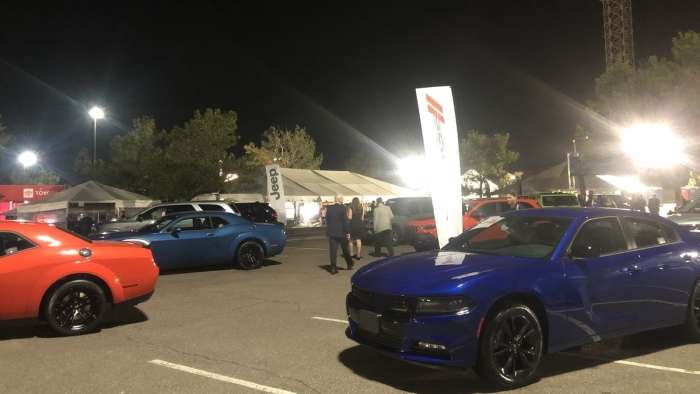 Why Outdoor Auto Shows May Become a Trend

Denver opened its auto show with an outdoor gala. They are the second city to have their auto show outdoors. We talked with the organizer about why we may see more outdoor venues.
Advertisement

It has been more than a hundred years since Denver hosted its auto show outside. Last time was in 1919, during the Spanish Flu pandemic. This year, the shiny new 2021 Dodge Challengers, 2021 Jeep Grand Cherokees and 2021 Ram 1500 TRXs are once again outside, due in large part to the COVID pandemic. Tim Jackson, President and CEO of the Colorado Auto Dealers Association, tells me that we may see many more cities holding their auto shows outside.

Every city, including Denver, was forced to cancel or postpone their indoor shows last year because of concerns about COVID. New York was forced to cancel its auto show, in August, after COVID started surging again. Detroit canceled its auto Show that was scheduled to incorporate both indoor and outdoor venues earlier this summer. However, the Detroit Auto Dealers are going forward with an outdoor event called Motor Bella. Motor Bella will not take the place of the traditional show but will give automakers the opportunity to highlight their latest offerings. Minneapolis held an outdoor show at the state fairgrounds earlier this summer.

Jackson travels to nearly every auto show and says, at least for the near future, outdoor shows make a lot of sense. Jackson says, “Auto Shows and vehicle displays are perfect for social distancing because of their size.” Putting the displays outdoors makes social distancing even easier. Jackson went on to say, “We have 400,000 square feet of space out here, the exact same amount as in the Denver Convention Center. No one has to be worried about being too close to each other.”

This year’s Denver auto show is being staged in the parking lots of an amusement park. There is plenty of room for visitors to walk around and see all of the new cars and trucks without being in close contact with strangers.

Camp Jeep is a perfect example of how well an outdoor venue can work. Jeep has for years set up a huge obstacle course and track to demonstrate the Jeep’s off-road abilities. Professional drivers take passengers through the rugged course giving them the essence of the Jeep’s performance in the wild. In large venues, Camp Jeep has been set up indoors, but it works incredibly well outside.

Several of the auto companies have vehicles available in a ride and drive event. Again, attendees can be on their own without being in a crowd of strangers. The vehicles are being cleaned and sanitized between drives.

The Ford display had three different 2021 Bronco Sports for fans to see. A separate tent was set up for the 2021 Ford Bronco as well as the Ford Mach-E. The redesigned F-150s were scattered throughout so crowds wouldn’t assemble in one place.

Other automakers like Lincoln, Toyota and Kia also had large displays.

There are fewer automakers taking part in this year’s show and Jackson says that is a result of both COVID and the semiconductor chip shortage. Several large companies like Subaru are not taking part in any shows because of the surge in COVID. Typically, when that happens, Jackson can reach out to local dealers to supply the latest vehicles that customers are clamoring to see. This year, however, inventories are so tight because of the chip shortages that local dealers don’t have any vehicles on their lots to lend to the show.

With the lingering COVID surges, auto dealers have to be resourceful in finding ways to entice customers into show rooms. Denver and Detroit may very well be on the front end of a trend.