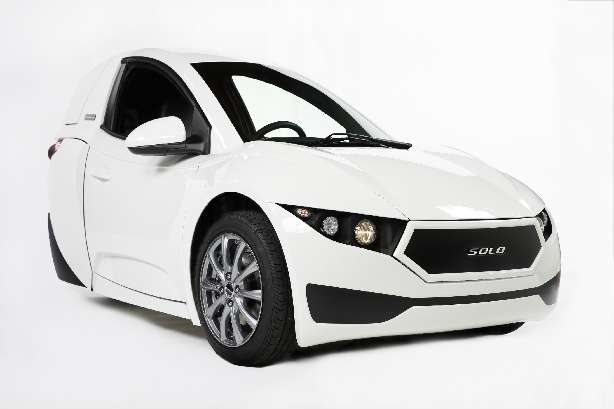 Why it may be time to go SOLO

A new electric vehicle debuts this week at SEMA. Called the SOLO EV, the single person vehicle may be an effective commuter vehicle. It gets 100 miles to the charge and will cost approximately $15,500.
Advertisement

We have seen experimental vehicles like this at auto shows for the last decade, but it appears that the SOLO EV has evolved enough to be a viable option. The personal electric vehicle will be on display this week at the SEMA show (Specialty Equipment Market Association) in Las Vegas.

Electra Meccanica, the company behind the SOLO EV, says it is now ready to take orders for the commuter vehicle.

Henry Reisner, one of the developers, believes the SOLO EV can fill a current void. Reisner says in a statement, "It has appeal for driving enthusiasts, practical commuters and the environmentally conscious. We believe the SOLO will become the commuter vehicle of choice for the masses. The vehicle is non-polluting, very economical to operate and people will have a heck of a good time driving it too." It has a top speed of about 80 mph and can go approximately 100 miles on a single charge.

The odd looking pod has all of the safety equipment required by the National Highway Transportation Safety Administration. According to the company, the SOLO is large enough and fast enough to be safe on America’s highways. “At ten feet (120 in/ 3.04 m) in length, the SOLO is approximately 14 inches longer than a Smart ForTwo and 19 inches shorter than a Fiat 500.”

It has enough cargo space to hold an airline sized bag.

It is powered by a 16.1 kWh lithium ion battery, and has a universal power cord that allows it to take a regular EV charge or the quick charge.

The company says it will cost approximately $15,500. The website suggests that it will qualify for the tax rebates for buying an electric vehicle. It will be available in four colors, red, black, white and silver.

Obviously the SOLO isn’t meant to be a family vehicle, but if it is safe, it could be a solution to the hassles of commuting at a significantly cheaper price. I would like to see some crash testing data before the SOLO EV hits the streets.