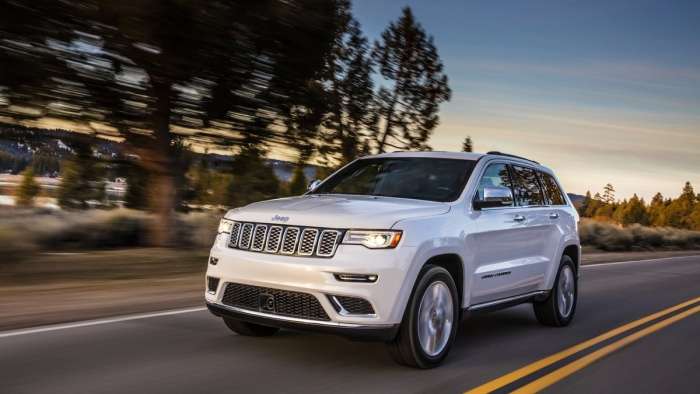 Why the 2021 Jeep Cherokee May Be Driving Toward Controversy

Jeep has been building a version of a Cherokee for decades and is so committed to the popular model that it is adding a 2021 Jeep Grand Cherokee and a three-row Jeep Grand Cherokee L. However, it appears the cancel culture is trying to invade the automotive industry. Several publications are reporting that the Native American Cherokee tribe isn’t happy with the Cherokee name being used on a vehicle.

The reports were apparently triggered by a story first reported by Car and Driver. Even though Jeep has been using the Cherokee name off and on for more than four decades, a leader of the Cherokee Nation doesn’t believe it is appropriate for the automaker to continue using it.

According to Car and Driver, Chuck Hoskin Jr., principal chief of the Cherokee Nation responded with this written statement about the issue. “I’m sure this comes from a place that is well-intended, but it does not honor us by having our name plastered on the side of a car. The best way to honor us is to learn about our sovereign government, our role in this country, our history, culture, and language and have meaningful dialogue with federally recognized tribes on cultural appropriateness."

However, it is not clear if the Cherokee Nation is truly against Jeep using the Cherokee name or if it is trying to seek payment for the use of the name. Chief Hoskin was quoted last summer in the Wall Street Journal about professional teams changing their Native American names. At the time, Chief Hoskin told the Wall Street Journal, "We hope the movement away from using tribes’ names and depictions or selling products without our consent, continues. We much prefer a cooperative effort than an adversarial one.” That quote sounds more like a negotiating stance. I find the timing of the complaint interesting. Just as Jeep, and its new parent company Stellantis, is about to roll out vehicles that it has invested hundreds of millions of dollars into, someone tries to throw a wrench in the plans.

Jeep reportedly responded to Car and Driver’s story with this quote. "Our vehicle names have been carefully chosen and nurtured over the years to honor and celebrate Native American people for their nobility, prowess, and pride. We are, more than ever, committed to a respectful and open dialogue with Cherokee Nation Principal Chief Chuck Hoskin, Jr."

How Will the Name Issue Be Resolved?

Several sports teams have rebranded in recent years after complaints that the names, like the Washington Red Skins, were derogatory. Others have complained that names, like the Cleveland Indians, were guilty of cultural appropriation.

It will be interesting to see how Jeep and Stellantis end up trying to placate the Cherokee Nation. Will the automaker start sponsoring scholarships or find another way to show its appreciation? Will Jeep decide on a new and different name for its popular SUVs? It is probably too late to change the name on the models that are just making their big debuts, but they could be altered down the road.

Jerry Plante wrote on May 12, 2021 - 12:05am Permalink
I have a NEW concept idea for the JEEP brand. Is there a way to provide them feedback that wouldn’t simply appear on some secretary’s email Inbox and not be vetted by someone could actually see/read my idea???