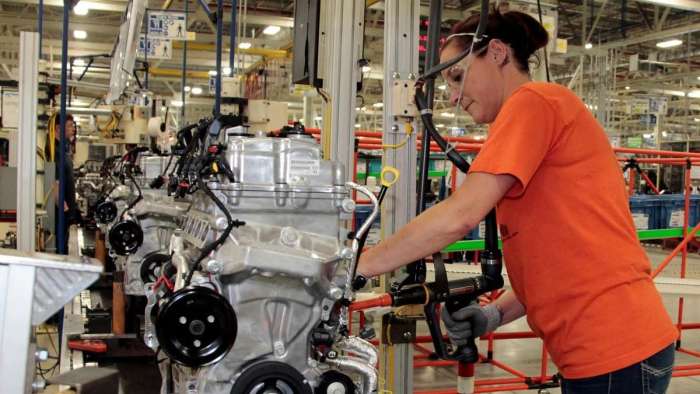 While other automakers are spending most of their money to go all EV, Stellantis which owns Ram, Dodge, Jeep and Chrysler is investing in hybrid engines to bridge the gap.
Advertisement

Stellantis is investing $99 million into three North American Plants to produce a new four-cylinder turbocharged engine. The engines are designed to power hybrid vehicles for two new models. Stellantis already produces the engines in Europe, but they will be the first engines of their kind for the U.S. market. Stellantis owns Ram, Dodge, Jeep and Chrysler. More than likely the smaller vehicles would fall into the Jeep line. Jeep is promising to unveil a the new fully electric Jeep vehicle by early next year. So far, the name of that Jeep hasn't been released.

The bulk of the investment will be made at the Dundee, Michigan engine plant. Dundee will receive $83 million and be retooled to become the final assembly plant for the new engine. The Michigan plant will continue to build the 3.6-liter Pentastar Upgrade for the Jeep Grand Cherokee and Jeep Grand Cherokee L. The Tigershark 2.4-liter I-4 engine will be phased out in the first quarter of 2023.

Kokomo, Indiana, Casting will receive $14 million. Kokoma will be retooled to build the new engine blocks. Etobicoke, in Canada, will receive $2 million and eventually build the engine’s oil pans.

The new engine is a 1.6-liter, I-4 turbocharged unit with direct fuel injection and flexibility for hybrid-electric vehicles. According to Stellantis, “The next-generation engine will power two future North American HEV models. This will be the first HEV engine for the company in the region. Production is expected to begin in early 2025.”

The hybrids will more than likely be stop-gap measures to help improve the company’s overall fuel economy as they look toward going all electric in the future. The hybrids could help power some of the smaller Jeeps, but they could also help Dodge and Chrysler improve fuel numbers. Stellantis did not say what the vehicles would be or which brands they would fall under.

These investments are part of Stellantis’ Dare Forward 2030 strategic plan. Dare Forward suggested that half of all Stellantis sales in the U.S. would be electric vehicles by 2030.

The changes in the production are not expected to affect the number of jobs at the different facilities.