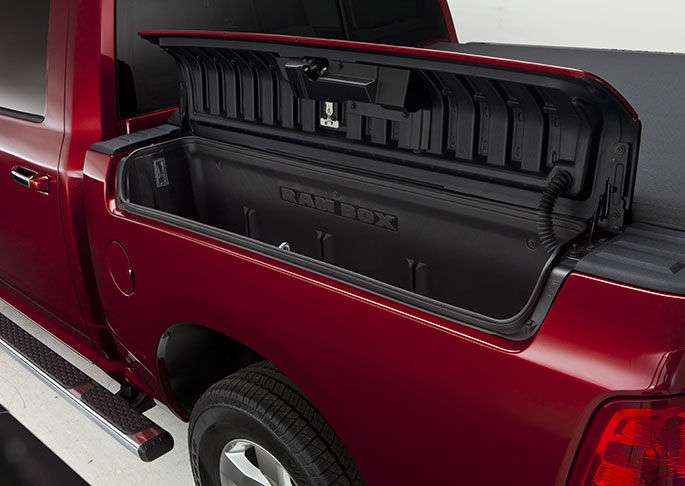 Ram truck owners debate the importance of the Rambox

The owner of a 2016 Ram truck raised the issue about the Rambox on one of the popular truck forums. Ram truck drivers weigh-in on the effectiveness of the Rambox, built specifically for their model of Ram.
Advertisement

A driver, from Indiana, who calls himself Hemi raised the issue on one of the popular Ram truck forums. Hemi drives a 2016 Ram 1500 and asks, “Who has one and how do you like it?”

JS, from Rockford, Michigan absolutely loves his. “As long as they are an option I'll own a truck with Ramboxes. I hate truck caps so I'd never miss them. It's so nice having the built in storage and not have stuff inside the cab. Mine has trailer hitches, tool bags, flash lights, tow straps, tie downs, towels, moving blankets, umbrellas, container of hand wipes, gloves, etc. in it at the moment and I still have room for more. I also love the bed separator/tailgate extender. I use it all the time to keep loads from sliding to the front of the box. The Ramboxes are my favorite option by far.”

Hunter, from New Jersey, says there are drawbacks. “I don't have, but those that do love them. Keep in mind that you will never be able to add a cap. One owner recently had his broken into, rather easily with a pry bar.”

Heff, from Arkansas, has a new 2017 Ram truck. “I love mine, Use them almost daily.” Heff also says, “It just depends on how you use your truck. I’m just a simple home owner that uses it to run to errands, pull my trailers and general stuff like runs to Home Depot. I use my trailer for almost all of my hauling needs. Does it take away from the bed space, yes, but ask yourself how often you have used the space above and behind the wheel wells.”

The Rambox is a pretty advanced storage system. It has special lighting so you can see what you are doing and includes dividers and tie-down cleats to keep your load from shifting while on the road.

A driver who posts frequently under the name Thunder says “The bed space you lose is just the space in front of and behind the wheel well where I put groceries so they won't roll around, so with ramboxes they just go in the boxes. Everyone who has them loves them and I don’t know of anyone who regrets them. If I had them I'd keep about the same stuff that JS has in his.”

It sounds as if Hemi is convinced that his next truck should have the Rambox. He says he may even try to find one at a junkyard that might fit his 2016 Ram 1500. “Thanks for all the replies. I don't feel the bed space loss is that big of a deal. The most I haul in the bed is usually split wood and most of the time I use the dump trailer. I really like the divider it comes with would be awesome to not have my saws sliding around."

Bruce wrote on February 17, 2019 - 2:10pm Permalink
I have a major issue with my ramboxes. It seems that the tops are made of some sort of material that has fiberglass in to for strength. Problem being, over time the top of the boxes start sloughing off fibers and if you touch or lean on them, which is impossible not to do.....small fiberglass particles get into your skin and are very painful and unpleasant. I currently have a case going on with Ram and just last week someone from Ram was out to my home to inspect the boxes. Getting anyone from Ram to help with this serious situation is very hard to do. I suggest you check the internet, just type in problems with Ram boxes and you will see what I mean.
Jared Andia wrote on May 12, 2019 - 5:33pm Permalink
Ram still yet to help or give a solution. Maybe needs gel coated?
John Mclemore wrote on November 12, 2020 - 10:16pm Permalink
I have a 2009 with Ram boxes. They have been shedding fiberglass since 2012. Dodge should at least recommend some way to encapsulate the fiberglass.
Sixto Molina wrote on March 15, 2019 - 9:34am Permalink
Where can I find a truck bed with a ram box that will fit a 2014 RAM 1500 with a crew cab? Tucson dealerships carry a very limited selection of new trucks equipped with a ram box so my next option is to upgrade my 2014 Ram 1500.
Jim wrote on October 3, 2020 - 12:33pm Permalink
My 2017 is 3 months out of warranty. The lid is cracking around latch button. Hearing alot of others having the same issue. Must be made of junk plastic that was used in dash boards on older models