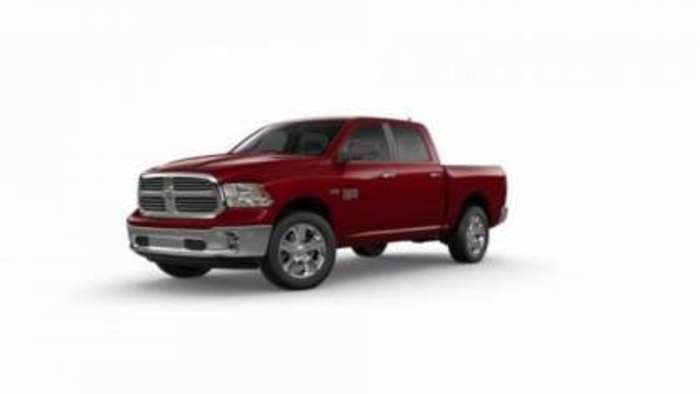 Ram is restarting some production at the plant that builds the 2021 Ram Classic pickup. The chip shortage is starting to subside but it will take months for production at all the automakers to get back to pre-COVID levels.
Advertisement

Ram is restarting production at the plant that builds the 2021 Ram 1500 Classic pickup truck. The fact that Ram is starting to build the trucks again is a sign that the semiconductor chip shortage is starting to subside. Many workers from that Warren assembly plant had been shifted over to the Sterling Heights Assembly plant which builds the 2021 Ram 1500, to fill in during the height of the COVID illnesses and quarantines.

The Ram Classic is a less expensive version of the Ram 1500. It is built with the previous design and has fewer of the bells and whistles, included on the new Ram pickups. Ram unveiled a new fifth-generation of the Ram 1500 in 2019, but decided to build a brand-new version of the older fourth-generation truck as a way to let consumers purchase a new but more affordable pickup. The 2019 Ram Classic was a strong seller and that is why Ram continued it for 2020 and 2021.

When Ram announced the decision to sell the older and new models at the same time, Mike Manley, who is now head of North American operations for Stellantis, said the company wants to make sure that they build enough Rams to satisfy every customer who wants to buy one. The less expensive truck is targeted at entry level and commercial buyers.

The Associated Press is reporting that the chip plant in Japan that was ravaged by fire, is now back producing 88 percent of its former capacity. The fire at the Renesas Electronics Corp crippled American auto production, because Renesas is one of the main chip suppliers. Even though, Renesas expects to be back at full capacity by this summer, the chip shortage is expected to last well into 2022. That is because the pandemic created a need for more of the items that also rely on the chips, like laptop computers, televisions, video gaming and other entertainment systems.

Ram’s parent company, Stellantis, is restarting production at some of its other facilities as well. However, all of the automakers are focusing their production on the high-demand, larger profit vehicles, like trucks and large SUVs.

Toyota vs Tesla: Which Stock To Buy These Days
For Some Former Daimler Managers Daimler Is Authority, While Tesla Is Like a Startup
END_OF_DOCUMENT_TOKEN_TO_BE_REPLACED