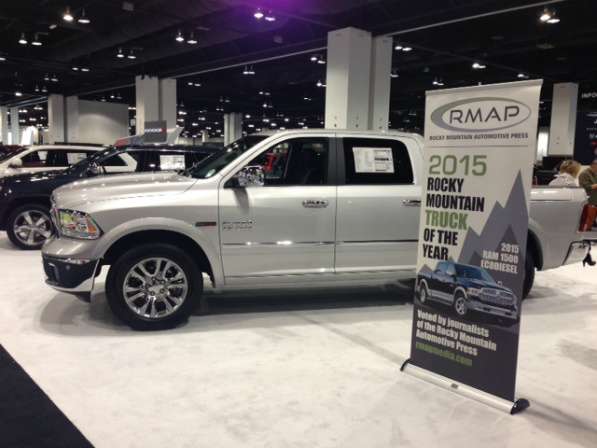 A technical service bulletin was issued for 2016 Ram EcoDiesel trucks this summer but now it is extended to 2015 models.
Advertisement

Ram has re-evaluated what oil is best for its EcoDiesel engines and changed its recommendations. It is information that all 2015 and 2016 Ram Truck owners need to know.

The company issued a technical service bulletin this summer about the 2016 models and according to Ram Truck forums, 2015 EcoDiesels are now included in the change. FCA used to recommend Penzoil for the EcoDiesels but now says the old oil should be drained and replaced with SAE 5w-40 Shell Rotella full synthetic oil.

A member of the forum, named Bill, posted this on Friday. “Taking my '15 in for an oil change and wondering if the oil spec has been changed for the 15's or if I'm still going to get the Penzoil?” Other members quickly responded. Layne says “Oil spec was changed for all models using the 3.0L VM motor.”

A driver who calls himself a Ram ninja warns that dealers may still try to use the older Penzoil. “Dealer may push the old oil because A) Trying to get rid of old stock or B) They are completely clueless.”
A Ram owner from California just had his oil replaced. “I have a 15, just did a oil change few days ago at the dealer. I mentioned the TSB and without throwing it out there, service adviser said "Yes we are showing the Shell".”

The word is getting around, but it is especially important for do-it-yourselfers to know. This New Hampshire Ram owners says making the switch is easy. “FCA now recommends Shell Rotella T6 5w-40 per other thread(s) on this forum. Which is what I just used for my truck's first oil change. Have you considering a DIY service? It cost me $75 total in parts (oil from Walmart, filter from Amazon, see my intro post) and would have taken me just 15 minutes if I didn't let the oil drain out for half an hour. I did this because one of the local dealers -- when I called for an oil change quote -- told me to expect them to need the truck for at least an hour, because they let the oil drain so long.”

A Minnesota Ram driver warns others to make sure that they get the correct oil. Even though he specified that he wanted the Shell Rotella, and it was written up that way, the tech still put in the wrong oil. “He immediately came back and showed me the tech had in fact used 10-30 Pennzoil. He pulled my truck in., drained it and put in Rotella. Check it out if you really want Rotella, unfortunately the techs don't always follow the "special' orders.”

For the 2016s that are having their oil replaced, the TSB calls for resetting the computer module to handle the different oil. It is unclear if the 2015 EcoDiesels also have to have their computer modules reset. It is best to ask your service department what is necessary to make the change.

Mic wrote on July 14, 2017 - 1:47am Permalink
I'm not sure what you mean by a computer module reset? Are you referring to the oil change indicator on the display? Why would it need to be changed? Thanks!
Bob wrote on September 16, 2018 - 8:32am Permalink
No pretty sure he means the modules that tells you its time to change the oil as the specs may be higher or lower.
Eddie wrote on January 25, 2019 - 5:50pm Permalink
If you going to a quality dealer they flashed your truck and changed the oil type over a year ago for 15 and 16 year models.
Phillip wrote on June 16, 2020 - 11:13am Permalink
I've used Rotella t6 since my 2015 was new. 3 times, Having trouble with the pollution canister not emptying out. code came back saying the oil doesn't have enough viscosity. Is this Rotella oil really the best. How often do you need to change it?
Michael Mason wrote on January 28, 2021 - 3:59pm Permalink
Is the totally T6 15w40 a good choice to a ram eco diesel I have always been lery of the 5w. I have a 2015 ram
Bill Cape Coral wrote on July 16, 2021 - 3:40pm Permalink
15w-40 oil will work fine in the ecodiesel, I run Redline 15w-40 Group V Ester Diesel oil in my 2019 Ram 1500 Classic ecodiesel. The only reason FCA picked Shell Rotella T-6 is because FCA has a contract with Shell for all their lubricants. Before FCA took over Chrysler Mobil had the contract to supply all lubricants if Mobil still had the contract they would have picked a Mobil oil.