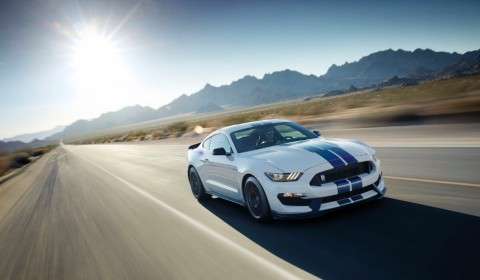 Chris is reaching out to members of a popular Mustang forum with a question that I see often, “So I just bought my Mustang on Saturday. There are no holes and front plate bracket and I plan to keep it this way. Being there is no tow hook I need to find another option as it is mandatory for me to have a front plate. I hear about Sto and Show ones online and looked at them but they do not look secure and there are reports of them coming off and destroying bumpers at highway speeds. Can anyone suggest an option for me at all?”

Owners are concerned that some plate holders will damage the bumper

So how do you protect your pristine 2017 Ford Mustang and meet your legal requirements at the same time? Mud, from Connecticut, is reluctant to mount it at all. “Do you want to risk just tucking it in your front window? Probably NOT legal, but it's what I do.”

Chris says he would like a more permanent solution. “Thought about it but then it blocks view and it also wears out the dash over time with the vibrations. I might have to do it as a temp.”

Doug, from Wisconsin, has found a solution that works well for him. “I've got the Craig's Custom Bracket on my car (year-round DD in Wisconsin / 400 mi/wk).
Small metal plate attaches to the bottom side of bumper cover in front of lower grill using some really strong 3M tape. I think it is the simplest & best solution out there.”

Speed, from California, says he is unhappy with the Sto N Sho license plate holder. “I do not recommend the Sto N Show plate bracket. When it is installed correctly, it is the lowest point on your car. Any driveway or parking bumper will bend and damage the plate. The receiver holes on the bracket will be distorted and stop you to removing the plate. I called CJ Pony and asked for a refund. They told me that they would not give refunds because the assembly was used. $69 out of the window! Then when I removed the assembly, I drove without the front plate. A week after that, I got a "fix-it" ticket from the CHP. Finally, I got the plate mounted permanently at the dealer.”

A Shelby GT350 driver says, “I put mine in the lower windshield slipped between the dash and window. I wrapped the lower part of the plate with painters tape. I tuck it in about 1/2-3/4" and I THINK I put a small bend in the plate to make it fit better. After 5yrs I see no damage to the dash (I switch sides with it each year) and the 2x I've had "conversations" with The Law they didn't mention it. Hoping I'm not jinxing myself.”

BC says he has had good luck with the Sto-N-Sho. “Totally agree. It's securely mounted with screws, not 3m tape. It does not require holes in the bumper cover either. The plate can be removed and reinstalled in seconds. It is true that it sits low, but I've never scraped mine on a PP car with 16000 miles. If you scrape this, you'll be scraping other stuff too. If there are claims of these flying off...they were installed incorrectly.”

Mustangman man says the plate holder helped protect his car. “I have the CJ Pony stow n show and it's actually helpful that it's the lowest part because of the way the plate mounts. I recently drove over a too low parking slab and stopped due to the plate scrape and avoided scraping the bumper because the plate is lowest and its way out in front. Now my plate looks like crap but the mechanism is fine and I can correct the plate. I'd say either screw it (everyone in CA drives with 1) or get the stow n show.”

Pilatti has a clever solution. “I have mine attached to the passenger side sun visor. Had it also on my '07 for 10 years and no issues. You can then flip it up or down as needed and looks much better than in the front window. I used black binder clips. Stronger and looks better then rubber bands.”

Harvey, from Cali, says he can’t bear to cover up his Mustang. “The front plate is also required here in California. However the front of my car looks so good without the plate it's residing in the trunk until the law says something. My wife knocked her front plate off and I used to bug her about it getting fixed but of course she ignored me. She drove the car for 5 years, and then sold the car never having a problem - just a thought.”