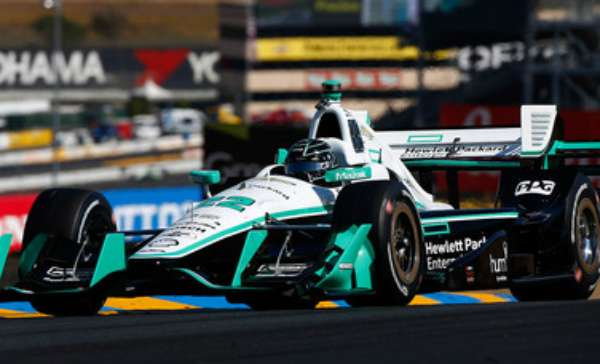 Simon Pagenaud won the Indycar Series championship on Sunday, but the real winner is Roger Penske who is celebrating his 50th year as an owner in racing. This is Pagenaud’s first Indycar championship but this is the 14th time Team Penske has claimed the title.
Advertisement

Roger Penske is one of the nicest guys in racing and also one of the toughest competitors. 32-year-old Pagenaud is in his second year driving a Chevrolet-powered monster. Pagenaud came into the final race at the Sonoma Raceway, leading in the standings and managed to hold on for the title. Graham Rahal finished second.

Pagenaud’s Team Penske teammate Will Power finished 20th, but managed to end the season second in the overall standings.

The Indycar series win is also important to Chevrolet, which returned to the series with its engines, in 2012. The company took a break from building the high-power engines when the bankruptcy threatened the survival of the automaker. When Chevy announced its return to Indycar racing in 2012, the company said the Indycar series was an important part of its DNA. “A legacy of racing competition runs deep in Chevrolet’s 100 plus-year history, dating back to co-founder Louis Chevrolet’s passion for racing automobiles. In the early days, the three Chevrolet brothers, Louis, Arthur and Gaston, drove in the Indy 500, and the state-of-the-art machines they designed and built won back-to-back victories in 1920 and ’21. Gaston won as the driver in ’20, and Louis as the owner in ’21.”

Roger Penske is also a team owner in NASCAR, and his penchant for winning is legendary. His drivers have won the Indy 500 16 times. He drove the pace car this year at Indy to celebrate his 50th year as a team owner.

Penske also helped return Indycar racing to Detroit, championing the Detroit Belle Isle Grand Prix. His business has been instrumental in cleaning up both Belle Isle and the city. While the races have had trouble selling tickets, they have helped drive the city’s resurgence, stressing Detroit’s rich history in automotive manufacturing.

Pagenaud’s Indycar series championship once again highlights Penske’s drive and determination. It will be interesting to see how his NASCAR team helps Team Penske celebrate!

Tesla Giga Berlin's New Hurdle: It's Not Only the Gov't, but Now Tesla Itself
Teslas Are Sold Out Until 2023, But The Timing May Reverse
END_OF_DOCUMENT_TOKEN_TO_BE_REPLACED