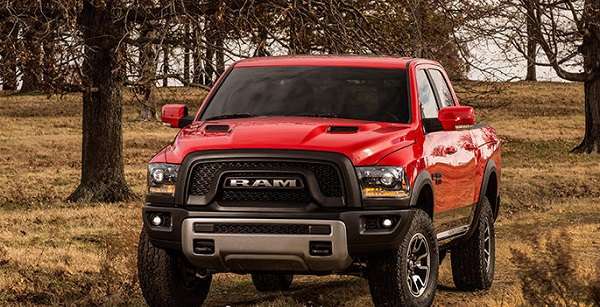 It is an issue that drives just about every driver crazy. Apple forces you to download the latest operating system and your connection in your vehicle stops working. Some members of a Ram Truck forum try to get an owner back on track.
Advertisement

It is one of the most frustrating things for drivers who have phones that connect through their vehicles, especially for drivers who use their trucks as their offices. The phone maker forces you to download its latest operating system and your phone in your vehicle stops working.

The owner of a 2016 Laramie posted, “Hey all, I have a Ram Limited with the 8.4 with nav and my iphone 6s could do everything including text through the uconnect. I updated the phone to 10.1.1 and now I can't message (text). Anyone else have this problem and/or know of a resolution?”

It is a problem that virtually every driver has at one time or another, Especially when Apple goes through a series of updates that sometimes trip up the vehicle’s Bluetooth connection. Other drivers on the forum have noticed the same issue, just recently.

Brew 99 suggested a simple solution. “Remove and re add phone in the Bluetooth settings.” That typically works for most systems, but apparently not with the latest UConnect. James tried that to no avail. “Did that but did not resolve the issue.”

What is the most frustrating about this issue is that often you don’t have a choice about making the update. As phone makers and automakers update their platforms, some owners will lose their ability to use their phones in their cars, especially the older vehicles.

However, the problem should be an easy fix with a new vehicle and a new IPhone operating system.
AJ, a 2015 Ram owner, from Washington, says he has found a solution. “You need to re-enable messages with your iphone. I had the same problem after updating to 10.1.1 and did this: Settings - Bluetooth - touch the "i" icon next to Uconnect - turn on "Show Notifications". Works like before now.”

It is a good idea to do a similar reset every time your IPhone goes through a major operating system upgrade. Often you don’t realize that you have lost some functions, until you have major problems. If you don’t get all of your functionality back, contact your dealer, there may be a software upgrade available. Unfortunately, some of the older platforms like the original Ford SYNC can’t be upgraded easily. Luckily, Ram does not seem to have the same problems.