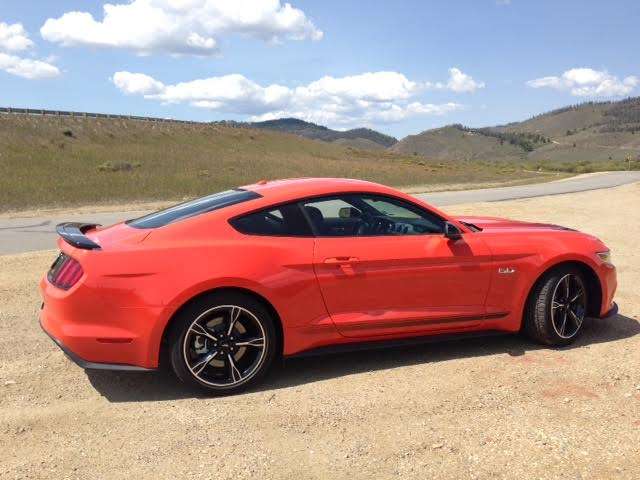 How a 2016 Ford Mustang GT was nearly stolen

The owner of a 2016 Ford Mustang GT was stunned to find that his car was stolen but the thieves didn't get far.
Advertisement

Imagine this 2016 Ford Mustang GT owner’s surprise when he walked out of his house and his car was gone. Seck, who lives in California, says “Walked outside and my car was ditched down the street. They stopped right at the intersection and it was sitting at the light, car was in neutral with the emergency brake down so someone clearly got in it. I left it in gear with the emergency brake up, even walked around to get my kid out and the car never rolled. This is crazy, I just bought a faraday bag to prevent his from happening again but I'm stumped right now. Didn't realize the security on these cars was this flawed.”

A faraday bag is a little bag that the fob fits in so that people can’t pick up on your fob’s transmissions.

Hoosier is confused about how the thieves got the car to start and why they might have abandoned the car. “Glad you got it back. Any theory on why they ditched it?”

Couldn’t Get Too Far from the Key

Seck is convinced the car didn’t just roll away because it is facing a different direction and was left right at the intersection. “I remember putting it in gear. Also we live on an incline and if the car carried the momentum to make it from where I was parked to the intersection it surely would have kept going because it only gets steeper after that. I believe they couldn't get any further, and when they couldn't get the car started at the light they ditched it.”

Racing has what I think is the best theory about what happened. “Here’s a theory for you: Key was close enough to start car and drive away but they stalled it at intersection and now with no key it won't start again.” I drive a Ford with the push button start and that is exactly what I think happened. My car will start with the fob in the house, but it won’t start once you get a little distance away.

Mach 1 agrees, “This is most likely. The car may have also shut off from getting so far from the key causing the stall.”

Seth, from Georgia, says, “I know for a fact it will drive without the key if it’s already running, but once its shut off it can’t be restarted.”

Dick, from Raleigh, confirms that some Mustang GT’s can be started without the fob inside, but just nearby. “regarding the theory that the perp was able to start the car without the "key" and then drive a short distance from the "key" before the car quit. Last year at an autocross I somehow managed to leave my "key" in my paddock spot when taking the car for a short drive in the paddock. I don't recall whether the engine was running already or not but if not the key was about 2 feet behind the car if I did start it. As I drove away the car kept telling me that it really missed the "key" and would soon shut off (well those weren't the exact words so it took me awhile to figure out what I had done wrong.) Anyway I got it back to the key before it shut off. Max distance from the key was in the 100' range. I did not shut the car off before getting back to the key. Car was a 2015 base GTPP with no security upgrades.”

Ricky, from Illinois, has the enhanced security package on his Mustang GT and says that you have to have the fob to make it go. “I just confirmed that my 2015 GT premium will not start without the key fob inside the car. I have an auto, remote start and the enhanced security package. I tried starting the car with my fob inside the house, then sat my fob down 30 feet away on the ground behind the car, on the ground right behind the drivers exhaust and finally on the ground right outside the driver door. I tried it with the door open and closed and the vehicle wouldn't start and kept giving me a "no key" warning. It wasn't until I laid the fob on the door sill that the car would start. That was the farthest away I could move the fob and start the car.”

Mystery May be Solved

Magoo, from Canada, says thieves have a new way to ruin your day. “There's a device you can make or buy off ebay or amazon called a power amplifier for about $10-20. It can amplify the signal from your fob up to about 30 feet away. Many vehicles in my area have been broken into or stolen this way. Leaves the owner wondering how it was stolen or broken into without any sign of forced entry. Certain vehicles will even keep running until the engine is shut down. The faraday bag is supposed to prevent this. Maybe the mustang shuts down on its own once it's a certain distance away from the fob signal.”

Seck believes that Magoo may have solved the case. “That's exactly what I think happened, it's crazy to think that items like these are so accessible to the public for purchasing. It's almost encouraging them. The car was locked, not running but I was about 30 feet from it inside of the house. It was turned and angled differently than I left it, probably about 10 feet out to the left and at a slight degree turning to the right to face down the street. It is impossible for this to happen without someone assisting in turning the steering wheel.”

It is good for everyone to know about the existence of the amplifiers, although most thieves still just break in the old way.

However it happened, I’m glad Seck got his 2016 Mustang GT back without anyone being injured or the car ruined. He has what may be the best theft deterrent out there, a manual transmission. Many people have no clue how to drive one. It is important to know that the Enhanced Security Package really does help. It might be time for a lot of people to buy Faraday bags.