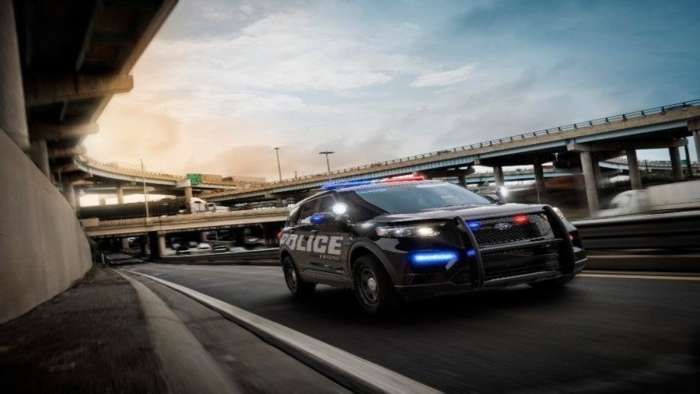 The long awaited overhaul of Ford's popular Explorer SUV will be unveiled before the start of the Detroit Auto Show. Ford is already showing the police vehicle based on the Explorer.
Advertisement

Ford has been promising a redo of its popular Explorer SUV for some time now. It was expected to happen with the 2018 model but that ended up being only sheet metal changes. The true overhaul of the 2020 Ford Explorer is expected to be unveiled ahead of the 2019 North American International Auto Show, in Detroit.

The reveal of the 2020 Ford Interceptor Police SUV does illustrate some key changes in the design of the new Explorer. Although Ford does not show the rear of the vehicle, the new sides appear sleeker and streamlined, following the design of the hot-selling redesigned Ford Expedition. A smaller Expedition could be a hot seller. It also shows some new technology that may be in high demand if offered to consumers.

Ford has promised that it will offer at least twenty electrified vehicles in the near future to help improve fuel economy and performance. The new 2020 Ford Interceptor offers just that new technology. The all-new 2020 Police Interceptor Utility will feature a standard all-wheel-drive powertrain. The Interceptor is promising to save police departments as much as $5,700 in fuel costs per vehicle per year, compared to its standard gasoline vehicles. According to Ford, the savings come from the extensive idling that police vehicles do during their shifts.

“When police vehicles are stationary, a conventional gasoline engine must run continuously to power emergency lighting, radios, computers and other on-board electrical equipment. The Police Interceptor Hybrid’s powertrain allows the engine to shut off for extended periods, powering the electrical equipment via its lithium-ion hybrid battery, helping achieve significant reductions in fuel usage and CO2 emissions.”

At this point, Ford isn’t saying if that same powertrain will be immediately available to average consumers. The typical driver may not sit and idle as much as the police personnel do, but still the savings could be significant. More importantly, the new powertrain does not sacrifice performance to achieve the savings. Ford also isn’t saying what the price difference could be if the Hybrid is made available.

In recent tests, the 2020 Interceptor Utility, with the hybrid powertrain, had the fastest 0-100 mph acceleration, fastest lap, fastest average lap and highest top speed of 137 mph, versus competitive police utility vehicles tested, including V8-powered entries. The only faster entry was the Ford Police Interceptor Utility powered by a 3.0-liter EcoBoost engine.

Most drivers would be thrilled to be able to save gas and not sacrifice performance. Ford also says that the lithium battery does not compromise interior passenger or cargo space.

The 2020 Ford Police Interceptor Utility will be available in three different powertrains: A standard 3.3-liter hybrid, plus an available 3.0-liter EcoBoost and 3.3-liter V6 engines. All feature a new 10-speed automatic transmission.
Because the 2020 Interceptor is based so heavily on the 2020 Ford Explorer, it would make sense that the hybrid powertrain will be made available to Explorer buyers at some point, if not immediately.

According to Ford, “The all-new 2020 Police Interceptor Utility hybrid has a projected EPA-estimated rating of 24 mpg combined, a 41 percent improvement over the current Police Interceptor Utility equipped with a 3.7-liter gas engine.” The fuel economy ratings for the 2020 Ford Explorer may differ because of the weight difference. The police vehicle should be much heavier because of all the structural reinforcements, required for police work.

The 2020 Ford Explorer is expected to feature all of the latest driver-assist technology that Ford has available. That includes Pre-Collision Assist and automatic emergency braking to help avoid pedestrians as well as forward collisions. The 2020 Police Interceptor Utility offers similar technology but allows the police to de-activate it, if necessary, to apprehend suspects.

The Ford Explorer has been a bread and butter vehicle for the automaker for years, but sales have softened, in recent years, as consumers have flocked to the more exciting designs of the Ford Expedition and the Lincoln Navigator.