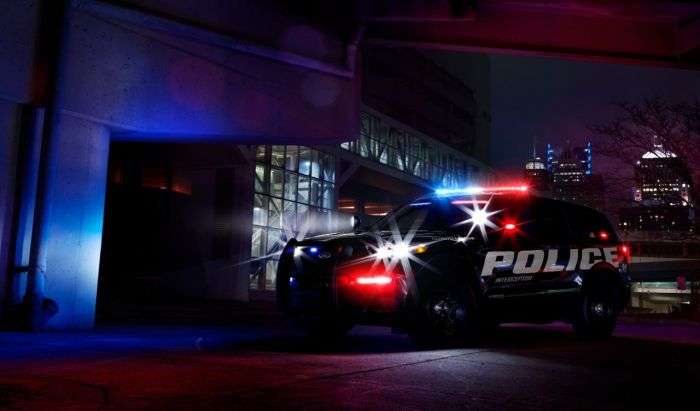 Could this New Ford Police Hybrid SUV also be the Explorer Hybrid?

Ford has said that in the near future it will offer a hybrid or electrified version of all its vehicles. Ford is also unveiling its all-new Ford Police Interceptor Utility Hybrid based on the Explorer platform. The Interceptor could show us what the Explorer Hybrid could eventually look like.
Advertisement

Ford says it has developed an all-new Police Interceptor Utility for law enforcement, with a hybrid powertrain that can improve pursuit performance and save gas at the same time. The new Interceptor will be the first pursuit-rated hybrid SUV. The all-new Police Interceptor is built on the Ford Explorer platform and built in the factory that builds the explorer. It would make sense that this new vehicle could be similar to a Ford Explorer Hybrid.

Ford came close to confirming the Explorer Hybrid in its Interceptor news release. The release says “The all-new Police Interceptor Utility also reflects Ford’s plan to offer hybrid, plug-in hybrid or both versions for every new utility in North America.”

Ford’s executive vice president of Product Development, Hau Thai-Tang says in a statement, “We’re committed to electrifying vehicles for all customers, including law enforcement who need the high performance and low operating costs that Ford’s next-generation hybrids will excel at providing.”

Ford is saying little about the new hybrid powertrain, only that its hybrid batteries are specially placed inside the vehicle so they do not compromise passenger or cargo space. Ford says the hybrid will improve pursuit performance and it comes with standard all-wheel drive.

The all-new Ford Police Interceptor Utility hybrid is projected to accelerate faster, achieve a higher top speed and have at least 40 percent better fuel economy than the previous V6-powered model. That could result in a huge savings for municipalities and taxpayers. In the long run, it could save cities and taxpayers nationwide millions of dollars and save millions of gallons of fuel. While the Interceptor may be heavier duty than a Ford Explorer hybrid, one could expect similar, significant savings on fuel.

While fuel economy certification isn’t complete, the Police Interceptor Utility hybrid is expected to have a projected EPA-estimated combined label of at least 24 mpg – approximately 40 percent improvement over the current 3.7-liter V6. That savings could be significant for the average owner of a Ford Explorer.

The all-new Interceptor includes some special bells and whistles designed specifically for law enforcement. The all-new Police Perimeter Alert enhances previous Surveillance Mode by using the vehicle’s Blind Spot Information System to monitor approximately 270-degrees of movement outside the vehicle. It can analyze motion to determine potentially threatening behavior. It features a visual display in the instrument cluster that shows moving objects, the motion trail, and threat level. When suspicious behavior is detected, the vehicle automatically sounds a chime, rolls up the windows and locks the doors.

A Rear Camera on Demand can allow officers to see what’s happening behind the vehicle.

A Class III trailer tow package enables the Police Interceptor Utility to tow up to 5,000 pounds.

The all-new Ford Police Interceptor hybrid will be built at the Ford Chicago Assembly plant and up-fitted at Ford’s Chicago Modification Center. The all-new Interceptor Utility goes on sale next summer.

Ford isn’t saying when the next version of the popular Explorer is coming or when we might see a hybrid version. My guess is that it won’t be too far behind the Interceptor, especially if the fuel savings are that significant.