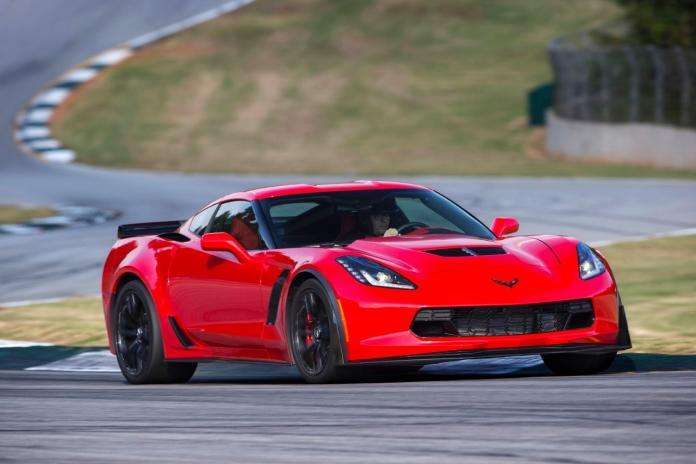 There is nothing more embarrassing than trying to get something open when it is stuck for no apparent reason. Owners who have been in the same boat share some tricks for getting the trunk on your 2016 Chevrolet Corvette Z06 to open.
Advertisement

Mills reaches out to members of a popular Chevrolet Corvette forum about an embarrassing problem. For some reason, he can’t get the truck on his 2016 Chevrolet Corvette Z06 to pop open. Mills writes, “Just took my 2016 Z06 out of storage! Drove it home and I can’t open the trunk! FOB won’t work on it and I tried the button to the left of the steering wheel! No luck! Put the car away as soon as I bought it, so I'm not familiar with it yet! Any ideas?”
Lucky for Mills there are a couple of tricks to try before you have to run to the dealer.

An owner, from Arizona, reaches out to remind Mills that there is yet another trunk release button that may finally free up the trunk latch. “Try the trunk release button at the back of the car, just above the plate. It is a small rubber covered button.” Also, he suggests double checking the obvious. “Is it in park if A8 or turned off if M7.” It is important that the Corvette is turned off whether it is manual or automatic, Corvette trunks usually will not open if the vehicle is on.

Check if your Corvette is in Valet Mode

Racer2 points out that the vehicle may be stuck in Valet Mode and won’t open for security reasons. Racer 2 says, “Also, just a FYI. *IF* you put the car in valet mode and then take it out of valet mode, SOMETIMES the trunk will not open via remote FOB or the release button inside the car. If you experience this, just remove the KEY from your FOB and unlock it manually. There is a keyhole on the underside of the trunk. Once you unlock it manually, it will reset and the FOB and button inside the car will work.” Good to know that there is also a key hole as well as an outside truck release button.

This is a trick that most would not think of. A Tampa driver says “Is it a convertible? Make sure the top is all the way up or down. Cycle it completely to be sure. If it is not, the trunk won't open.”

It turns out that the convertible roof was what was causing Mills’ problem. He responds, “You da man! Got it! Thanks!”

Several other drivers chimed in saying that the tip about the convertible saved them a trip to the dealer.

It is important to point out however that there is a software problem for some of the 2016 Chevrolet Corvette Z06s. Apparently, GM has issued a recall to correct the issue. Arizona says, “Had mine in for service a couple of weeks ago, service writer mentioned a recall on the trunk so they did that fix as well. It is a software upgrade, which screwed up all my settings.”

Another owner, nicknamed Vetter, has gotten a recall letter in the mail. “Got the same recall letter about a week ago on my C7.R A8 vert - will have dealer check it out when I take in for next oil change.”

Michael Rachal wrote on November 16, 2017 - 1:38pm Permalink
Using the key in the fob got it opened and apparently reset the motor for the fob. Great article! I did put it in valet mode for the first time just prior to the trunk getting stuck. Good to know for the future.
Jim McComb wrote on February 22, 2019 - 3:21pm Permalink
Had the same problem with my Stingray. Open it with a key and it reset. Now it works fine. Thank you
George DeLeon wrote on October 2, 2019 - 3:37am Permalink
I recently tried to open the trunk manually due to the fob key not working. I inserted the key and turned, but nothing happen. I know the trunk is suppose to pop open. Is this a common problem or am I suppose to do something else. Please help. Thank you.
Roger Tate wrote on July 14, 2020 - 12:06am Permalink
Changing out battery and the trunk lid got shut, doors are locked , how do I get trunk open on 206 corvette
Linda wrote on August 23, 2021 - 3:33pm Permalink
Locked the key in my bag in the trunk and opened the locked car as if I had the key but when I closed my door the car will not start and had to ise the door release to get out. It is a 2006 convertible corvette. I am sitting in abparking lot 30 miles from home
Jim Heard wrote on March 24, 2020 - 6:36pm Permalink
My 2016 Stingray hatch back wont pop up when activate the open trunk the latch releases but he lid does not pop up enough to get it open any ideas?
RonHir wrote on December 12, 2020 - 5:22pm Permalink
Good info. I just traded my convertible 2008 for a GS 2017 had it for couple months then into winter storage. I added a battery tender today to keep battery charged over winter and now the car will not open, the fobs click to open but once you go to open the door you here them lock again, trunk/hatch wont open either. I know from past experience how to get back in using the manual key unlock but as soon as you shut the doors again back to same issue. Car battery is only 10 months old and key fob batteries are fine. I am guessing once i removed the pos and neg terminals to add the battery tender that something with the security system got triggered but nothing in manual or forums on this issue and chevy garages closed for weekend. ANY IDEAS???? Many thanks
dchalk wrote on December 12, 2020 - 8:34pm Permalink
Yet another new owner of C7 conv. saved from a trip to the dealer..... "uh yeah I just bought this Z51 and I can't open my trunk" Cycling the top up and down "completely" did it Thanks!
Billy wrote on December 27, 2021 - 8:42pm Permalink
Hi there I can not open my trunk with the key I tried using the the key on the trunk like they said but did not work is it jam or or is there a trick to this
Brenda wrote on March 6, 2022 - 4:55pm Permalink
We have the same issue. Did you get it resolved?