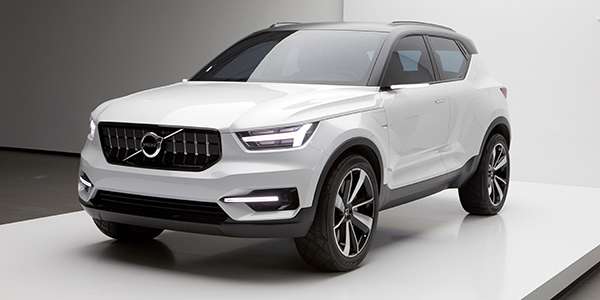 Volvo Has Crossovers On Their Launch Schedule

As Volvo finishes up on launching the 90 series around the world, their attention turns to another group of vehicles.
Advertisement

That group is the 40 Series which will serve as the brand's entry-level models. Later this year, the Swedish brand will launch the first model, the XC40. This information comes from Volvo's R&D boss Henrik Green.

According to Autocar, the XC40 will be the first model to use the CMA (Compact Modular Architecture) platform that was jointly developed by Volvo and their parent company, Geely. Design-wise, the XC40 is expected to look somewhat similar to the Concept 40.1 that debuted last year.

“There’s a big chance it’ll be one of the most successful cars in our line-up,” said Green.

Down the road, Volvo will introduce other variants of the 40 series models, including a hatchback and sedan.

Not the only crossover being launched this year

Alongside the XC40, Volvo will also introduce the next-generation XC60 crossover. This is an important model for Volvo as it their most popular model.

“The XC60 is our biggest-volume car that sells broadly in Europe, China and America. It brings significant profits so is crucial in many aspects. [The new model is] a fantastic car, a big step forward.”

It is expected that the XC60 will be using the SPA platform and look somewhat familiar to the larger XC90. Replacements for the S60 and V60 will soon follow.