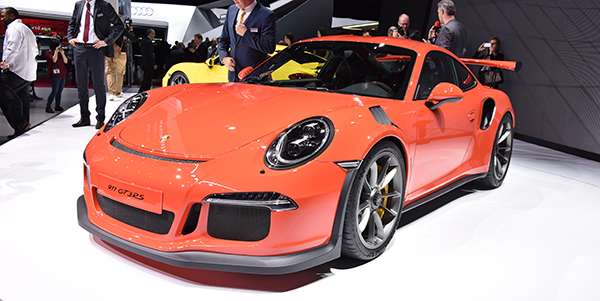 Next 911 GT3 Will Feature A Six-Speed Manual

If you cried at the launch of the current Porsche 911 GT3 because there wasn't the option of a manual transmission, then some recent comments by the man overseeing the model should make you happy.
Advertisement

Andreas Preuninger, the head of Porsche's GT models tells Autocar the next-generation 911 GT3 will have the choice of a manual or Porsche's PDK dual-clutch transmission. This only applies to the standard GT3 as the track-oriented RS will stick with PDK only.

The reasoning by Porsche with offering the PDK only on the GT3 was to make it quicker around a track. Compared to a manual transmission 911 GT3, the PDK version proved to be faster. But purists were not happy with this decision as it removed the connection between driver and car. Being one of Porsche's important groups in terms of sales, the decision was made to bring the manual back.

"We had a GT3 manual test car left and we all loved it. The manual still had many positive sides. So we took the spoiler off the test car, added some lightweight stuff, some stripes and a classic interior. At this point, I took it to the chairman. He liked it, but we had no engineering capacity so only started work 13 months ago. That's a short time, so I insisted on all the decision making and a long, long leash from the board," Preuninger explained.

Future of Engines for GT Models

One of the trademarks for most of the GT lineup is featuring engines that are naturally aspirated. But with Porsche moving towards turbocharging a number of their engines to improve fuel economy and emissions, many worried the naturally aspirated engines for the GT would go away. Preuninger said natural aspiration would remain in GT models “for the foreseeable future”. The only exception is the 911 GT2 which has always been turbocharged.