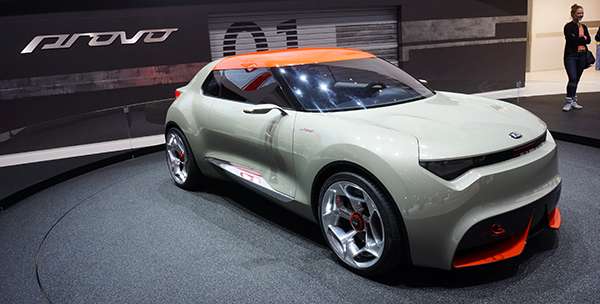 2017 Could Be Kia's Year to Shine With Products

Sometimes the most interesting information about a new car or cars can come from the automaker itself.
Advertisement

What kind of tidbits are we talking here?

We'll start with the long-rumored Kia GT. In our last report, we said that Kia could be showing a production version of the GT at the Paris Motor Show later this year. We also learned about the production version's codename, CK. We'll let Meredith take it from here.

“We can’t wait for CK. It will be here in the third quarter of next year, in two specifications priced from about $40,000 (AUD),” he said to Motoring.

Meredith also confirmed that CK would feature the Genesis G80's biturbo 3.3L V6 with 362 horsepower. This is likely the optional engine, with a 3.8L V6 with 311 horsepower as the base.

Now CK gives Kia an interesting opportunity in Australia. With the demise of the Ford Falcon this year and Holden Commodore next year, this leaves buyers of these models out in the cold.

“It’s perfect timing. CK will arrive just before the unfortunate demise of Australian car manufacturing, and it will appeal to the same buyers in that segment. It’s a great opportunity for us,” said Meredith.

What about the second Kia model?

That will be a subcompact crossover that will use the bones of the next-generation Rio. Merdith was cagey on details, but did let out that the model will have some of the styling cues from the Provo concept shown at the 2013 Geneva Motor Show.

“We’ve got to be very strident about what effect it will have on Rio. It needs to fit into the market and do what it needs to do in the CX-3 and HR-V segment. As long as the aggregate is more than we lose it’s OK,” said Merdith.