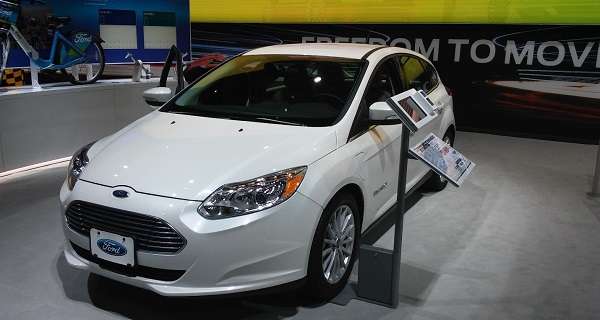 Earlier this week Ford announced it was pulling its Ford Focus EV out of Europe and leaves doubts about Ford’s commitment to the Electric Car development it launched back in 2010-2011.
Advertisement

While the Ford Motor Company had a great start into EVs, their game plan has fallen short in so many areas. I’ve written about Ford in the past and applauded Ford's commitment to sustainability and its worthy solar program.

I always seem to get mixed signals from Ford regarding their EV program. First of all, I have personally purchased a 2013 CMax Energi car and put over 126,000 miles on that car. At the time I purchased this car, I had the Chevy Volt and Plug-in Prius cars as my alternative choices in the PHEV category. This segment was very small back then and Ford put the Electric car miles in about ½ way between the 40 miles of EV range in the Chevy Volt and about 12 Miles in the Toyota Plug-in Prius. Their price point at the time beat the Chevy Volt so I ended up getting the Ford based on my economic circumstances at that time.

Fast forward to today, we have access to a large number of almost identical Plugin Hybrid Electric Cars. How many are Fords? About the same. The Fusion, the Cmax, and the Focus EV. Now they are canceling the Ford Focus EV in Europe yet I saw the Ford Focus EV at the NY Auto Show last week. The Ford Focus EV really isn’t on the radar now with the advent of the Chevy Bolt electric car that now has over 240 miles of EPA-rated Range. The sad truth is, who is going to buy the Ford Focus EV or the Honda Clarity when you have a competitive offering that offers almost triple the electric car range, at a slightly higher price point.

So clearly, Ford has chosen to lag behind as Tesla and GM lead into the future. Nissan has fallen behind as lost an opportunity by delaying the launch of their longer range Nissan Leaf. Nissan has at least given leaseholders the opportunity to continue on in their lease payments on until the longer range version is out later this year. All Nissan had to do since it was out in front initially was give the Nissan Leaf a bigger battery pack and start to promote the car. Instead, they let the Chevy Bolt suck up all the oxygen and leap ahead into the longer range EV space.

Now that the Chevy Bolt has announced a $300/month lease opportunity, many consumers can take the opportunity to experience a longer range electric car at a reasonable entry point.

So where does that leave Ford? Volvo announced today is was going to be launching an all-electric SUV on their CMA platform likely in 2019. Let's see if that happens. Overall, the choices are increasing and the market is moving on from the early adopters so let's see how this market continues to shape up with the Tesla Model Three deliveries on the horizon and the Tesla new products they are continuing to launch. I can’t wait to see more and more EVs hitting the roads! I see Tesla model S cars every single day. The future is looking more and more electric!

Doug Perrenoud wrote on April 21, 2017 - 8:41am Permalink
Ford is not ending sales of the Focus EV in Europe, only production. They will import vehicles from NA to sell in Europe going forward.

LG's New EV Battery Plant Is a Welcome News for Tesla
Tesla Giga Berlin's New Hurdle: It's Not Only the Gov't, but Now Tesla Itself
END_OF_DOCUMENT_TOKEN_TO_BE_REPLACED