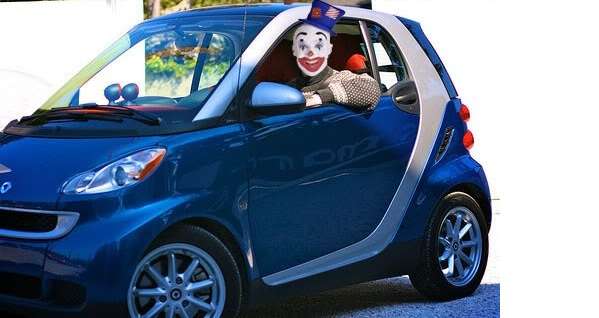 What does your electric car say about you?

Do you ever wonder how people perceive you while driving your Electric Vehicle? There are so many gas cars that most of them don’t say much about the driver. There are exceptions.
Advertisement

Some EVs blend in, and some stand out. The EV driver is probably more concerned with range than perception. There are so many types of drivers but figuring out a stereotype for each car is almost impossible but let’s give it a try anyway.

For example: what do you think of when you see a person get out of a Tesla, or gets out of a Prius?

Where Tesla screams lets play, a Prius screams you’re all grown up now and retired.

So we have smart and sexy vs. dependable but boring. Now if Toyota put an Insanity Button inside a Prius would its image change? Would you have a different attitude toward that regening Prius ahead of you on the highway?

Maybe or maybe not. So what stereotypes are we creating for our Electric Vehicles? I’ve taken a stab at creating some consumer profiles for our favorite EVs we all know and love.

So here is my best guess by car:

• Tesla – IPO Teenager, innovator and ahead of their time.
• Nissan Leaf – Early adopter but can’t afford a Tesla
• BMW I3 – Loves to have status symbols, but can’t afford a Tesla
• I-Meiv – Thought this was hybrid, and didn’t know what Range was...buts its so cute!!!!?
• Electric Smart for 2 – A funny man, still has a red nose and entertains kids but accelerates quickly compared to the gas car Smart Driver.

Sal Cameli wrote on May 30, 2015 - 12:02pm Permalink
Nice Story doug!, Works on my PC, but can't view this on my iPhone :(
Edward wrote on May 30, 2015 - 1:50pm Permalink
How about a Geo Metro converted to electric?
Douglas Stansfield wrote on May 30, 2015 - 6:42pm Permalink
Cool conversion Ed!
Russ Finley wrote on May 30, 2015 - 8:26pm Permalink
"Where Tesla screams lets play." To me it screams "I'm shallow, well-off, and over 60," or "This is my dad's car."
sst wrote on June 2, 2015 - 4:11am Permalink
thank goodness i don't know you... takes a lot of depth to own a TESLA
JeffS wrote on May 31, 2015 - 5:56am Permalink
Good day Doug. Different Take; Tesla; Nascar wanna be, who can push in a plug but can't figure out how to use a gas nozzle. Nissan Leaf; Likes the Leaf, especially the Leaf sold in Colorado. BMW I3; Doesn't know how to spell, really wanted an M3. I-Miev; Saw this on the shelf at Walmart, always wanted a kids toy EV. Smart car; Superman wanna be,always ready to change into costume driving a phone booth on wheels. Good day Doug, got a chuckle out of me. You left out the most important; Prius; Desperately looking for a way to get a, "Charge" out of life. Be Well
Douglas Stansfield wrote on May 31, 2015 - 10:08am Permalink
JeffS, thanks for your thoughts. I'm glad you got a laugh out of this. It was really only meant as a humor piece. I think we are losing our sense of humor so I had to try and break it up from the serious day to day news. Keep reading and I'll keep writing.....Sound like plan?
JeffS wrote on May 31, 2015 - 10:31am Permalink
Absolutely Doug. The way we are bombarded by, "Bad news" from all sides these days, the old adage holds true more than ever, "laughter is the best medicine". Thanks for the Pill Dr. Doug.
Rob wrote on June 1, 2015 - 4:18pm Permalink
As an i3 owner, I can assure you you're spot on.
JeffS wrote on June 1, 2015 - 5:02pm Permalink
Hi Rob. I know your comment wasn't directed at me, but let me assure you my comment was all in Jest. The fact is, I think the I3 is a pretty cool car. So is the Tesla. The others, and this is just personal opinion, not particularly fond of. When boiled down, it all comes down to one's own personal preference regarding the car(s) they like. As to what others may think, "Who cares". Be Well.
iMievDriver wrote on June 1, 2015 - 8:23pm Permalink
You had the clown in the wrong car....
Douglas Stansfield wrote on June 5, 2015 - 6:25pm Permalink
IMievDriver.....which car should I put the clown in?
Imievdriver wrote on June 5, 2015 - 8:11pm Permalink
Douglas, obviously on the iMiev!
Douglas Stansfield wrote on June 6, 2015 - 8:04am Permalink
Ok, Let me try. I thought it was a funny picture.....
margielf wrote on January 14, 2018 - 3:30pm Permalink
There are two types of Tesla drivers. People who bought a Tesla S or X as their first EV are usually in the stereotypical categories already described. When someone buys a Tesla after already owning a pure EV (Leaf, eGolf etc.) it is saying: I do not want to be dependent on Fossil fuels, but the range on my Leaf is to short to let me travel cross country. As for Model 3 drivers: ask again in a year.