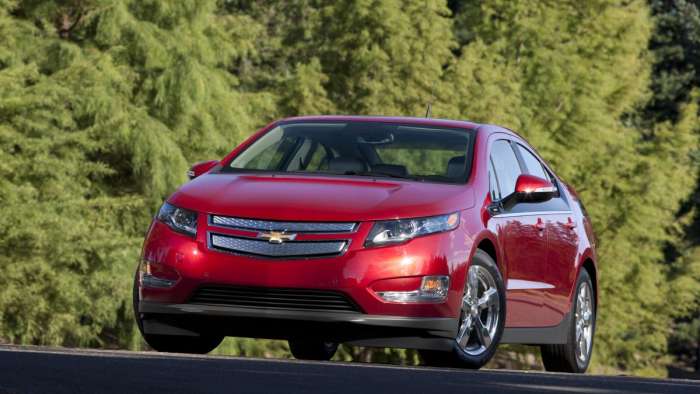 How Can GM Bring Back The Chevy Volt from China

Bringing Back Chevy Volt from China could help GM to use the Volt as a transitional vehicle for a bit longer, so General Motors may have the time to launch additional electric car offerings.
Advertisement

I want to congratulate Mark Reuss, on his promotion as GM President of General Motors. He has worn many hats during his tenure at GM, and I see exciting things ahead with him at the helm of GM.

I am sure Mark Reuss knows the Volt very well, but he may not fully understand the huge support behind the car from Volt owners and prospective owners. Not sure if he is also aware of the number of Volt owners who are new to Chevrolet and GM (like myself).

It unfortunately simply comes down to dollars per unit and ZEV credits, but I hope that they are also tracking other PhEV sales. We’ll have to see how other PHEVs—Ioniq, Prius Prime, and especially Clarity PHEV will fare in upcoming months.

“If there is any possibility that GM backpedals and brings back the Volt, it would make sense to import the Buick Velite 5 from China, versus reopening the Hamtramck factory. The Velite 5 is nearly identical to the Chevrolet Volt, but the Velite 5 will continue to be built in Shanghai GM for Asian markets. In fact, see Torque News Editor Armen Hareyan's 2018 story describing what will return from China if Chevy Volt falters in upcoming years.

I think it’s really sad to abandon Volt. However, as I said, Volt (badged as a Buick Velite 5) is still being made by Shanghai GM for China. They could continue to use the Volt as a transitional vehicle for a bit longer (so GM has the time to launch additional EV offerings). But for now, GM only offers the Bolt EV, as its only electrified option.

It’s no wonder that potential Volt buyers (and quite a few Volt owners) bought the Honda Clarity PHEV instead - also explains the major uptick in Clarity sales in December 2018.

Also see: Email I sent to Mark Reuss - By killing the Volt now, you are throwing away the best transition vehicle and what comes after Chevy Bolt as there’s an Electric GM in Your future.

DeanMcManis wrote on January 27, 2019 - 1:52am Permalink
Unfortunately GM is not looking good now with them killing off the Volt and not offering another PHEV or BEV besides the Bolt to compete in the larger market. The Prius Prime and Honda Clarity's strong sales are showing that there is still a growing demand for PHEVs. But since it looks like the main reason why GM killed the Cruze and Volt now was just to close the Ohio plant and import their next generation of EVs from China, it would remove any doubt if they just imported the China-built version of the Volt (Velite 5). I think that a better move would be to import the Velite 6 as a Buick here. The Velite 6 has more crossover proportions, and it offers 125-135mi EV range and it may support fast charging. Plus the Velite 6 is designed to be sold in PHEV and BEV versions, helping the transition.