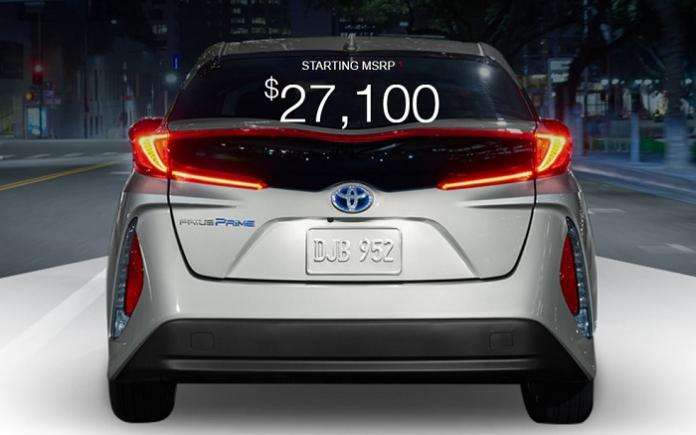 Why Does Anyone Buy a Toyota Prius Prime?

I track ten plug-in vehicles for my blog "My Electric Vehicle Journey" and I am astonished each month, when I see the Toyota Prius Prime sales figures. I cannot understand how it competes so well, against plug-in hybrids, such as the Chevy Volt or Ford C-Max Energy. Heck, it has even outsold the fully electric Chevy Bolt EV and Tesla Model X in some months, this year.
Advertisement

I understand the Model X is in a completely different price category, so I’ll let that go. Although the Bolt EV has 238 miles of electric range, perhaps it occasionally loses, due to the current (pun intended) lack of charging infrastructure, which limits its capability to take on a long, cross-country trip, where a hybrid is unlimited. However, its obvious competitor is the Chevy Volt and they’ve been pretty competitive, in sales, with the Volt winning four months this year, versus the Prius Prime winning in three.

Disclaimer: My household has owned/leased five Chevy Volts since 2012 and I changed careers to work for my Chevy dealer.

First, I get there’s a significant different in pricing, with the Chevy Volt starting at $34,095 and the Prius Prime at $27,995. That’s a difference of $6,100. But that’s not the whole story on pricing. The Volt’s larger 18 kWh battery pack qualifies it for the full $7,500 Federal Income Tax credit, whereas the Prius’ smaller 8.8 kWh battery only receives $4,502 of the tax credit. This reduces the price advantage, enjoyed by the Prius Prime to $3,102. If financed for 72 months at 9%, that’s a monthly payment difference of $56. That’s still a somewhat significant advantage for the Prius Prime.

But then, let’s consider performance.

Let’s start with electric range: The Volt averages 53 miles, on electricity before switching to gasoline, according to the EPA. The Prius’ average all-electric range is just 25 miles, or less than half of the Volt’s range. In real life commuting, that gives the driver of the Volt a much better shot of achieving fully electric driving. If the driver has no access to chargers, at work, that presents a problem for drivers of the Prius Prime: A U.S. Department of Transportation study, in 2003, found the average commute distance of Americans is 15 miles, one way. That means the Prius will only provide 83% of that round-trip commute on electricity, while the Volt driver would enjoy a 100% electric commute. Restated, the average commuter, driving a Prius Prime, will have to run their gas engine for part of the commute, while the Volt driver would run solely on electricity.

As it turns out, I drive the average 15 miles one way and although I drive my Volt like I stole it, I can easily commute on electricity alone, even if I run errands at lunch or after work. In fact, over the past 18 months of ownership, I have driven 96% on electricity, as I’ve taken a few out-of-town trips.

On gasoline, the Prius Prime does significantly better than the Volt. On gasoline, the Prius averages 55 MPG, compared to the Volt’s 42 MPG. That’s a 31% advantage, but it is important to note that it only comes into play, during a daily commute, if the round trip is greater than 76 miles! In other words, you’d have to commute 19,760 miles, per year, to break even on fuel cost, with the Volt. That is 11,960 more miles than driven by an average U.S. commuter, going back and forth to work.

That’s how far you have to go, before the Prius Prime’s gasoline efficiency makes up for the Volt’s electric range superiority. (calculations based on gasoline at $2.27 per gallon and electricity at 11¢ per kWh).

That is well beyond the commute suffered through by the vast majority of U.S. drivers.

Although MPG and MPGe are easily quantifiable, there are other things to consider:

The Volt is said to be a five passenger vehicle, while the Prius Prime seats four. In all honesty, I’d have to call the Volt a 4-1/2 passenger car, the 1/2 representing a child in a car seat or bolster seat.

Driving performance, in my opinion, has to be a major consideration. According to Motor Trend’s tests, the Volt accelerates to 60 miles per hour in 7.5 seconds, while the Prius takes 10.2 (best case). Imagine what that means, getting on the freeway. This was the primary reason I opted for my first 2012 Volt, after test driving it and the 2012 Prius (long before there was a plug-in Prius). In a word, I felt the Prius’ performance was gutless.

Even acceleration at higher speeds, shows off the Volt’s superior performance. If traveling at 50 MPH and you need to suddenly accelerate to 70 MPH, the Volt gets there in 5.1 seconds, compared to the Prius’ 7 seconds.

Then there is styling. This is an extremely personal consideration. But honestly, unless you’re trying to make the statement, “Oh, look at me. I drive an efficient hybrid!” can you honestly say the Prius Prime looks better than the Volt?

Are these advantages worth an extra $56 per month? That’s for you to decide. Obviously, it is for me. Also see my comparison of Chevy Volt vs Bolt EV from a Volt owner's Perspective and another disclaimer about me.