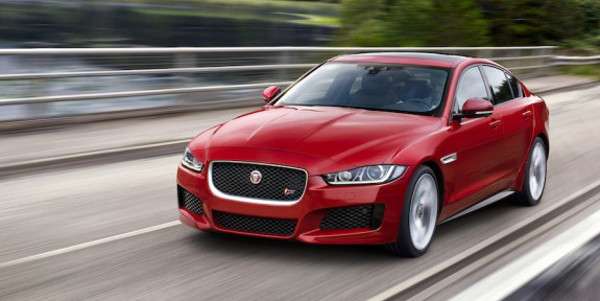 The Jaguar XE gets a top-notch performance review (video)

Automotive journalist and magazine editors are the only ones who usually perform the sports car driving reviews, let’s take look at a review from a different perspective.
Advertisement

Sir David Brailsford (Cycling Team GB and Team SKY) a man heavily involved with the cycling world was given the keys to the all-new Jaguar XE for a performance review. And if you are not familiar with this man, let me begin by saying he is a 2 time Tour de France champion (2012-2013), has 18 Grand Tour stage wins in 5 years, and holds 26 Olympic Medals with Team GB. He is also the Team Principle for Team SKY, a cycling team competing in the Tour de France again this year. Entering the 5th year of partnership with Jaguar, Team SKY is proud to have Jaguar in a new role of “Innovative Partner” they will set their aim for another victory in 2015.

Let’s face it this review is from an accomplished man, an athlete, whose goal is always to cross the finish line first so we know he has the drive and determination to give the XE a proper look. Beginning with the design and engineering that goes into this project to the aerodynamics and performance that will allow the driver to be the best, it’s a total team effort. Jaguar has approached the new XE the same way that a championship team does at winning the race, be the best and finish in front.

The goal of his review was to have him assess how well Jaguar has done on the entire process of the build of this new sports sedan. Sir David said “By looking for every last possible improvement on every single element, Jaguar’s engineers are able to deliver world class performance. As an innovation partner of Team Sky, it is really encouraging to see Jaguar sharing our philosophy and achieving a great result.”

Weight savings is another aspect that is shared with the Team Sky cycling group, about saving anywhere you can to gain an advantage. The all-new aluminum-intensive design on the XE is used on the body and chassis architecture for an incredible strong but lightweight frame. The new 2.0-liter four cylinder Ingenium diesel engines are poised to give increased performance yet optimum efficiency and also come fully loaded with some of the most high tech safety features that will surely set the benchmark. And do so in the most highly competitive mid-size premium segment of the market.

Jaguar engineer Jon Darlington said “By adopting similar design principles to Team Sky, we made even more improvements. This optimum combination makes the XE compact, light and stiff – essential in achieving brilliant dynamic performance. It is also the most efficient and aerodynamic Jaguar ever.”

Related Article:
How the Jaguar XE may help Jaguar rise to the top in 2015

Toyota's First EV Will Have a Name of BZ: Toyota BZ
First Videos From Inside The Boring Company's Las Vegas Loop
END_OF_DOCUMENT_TOKEN_TO_BE_REPLACED