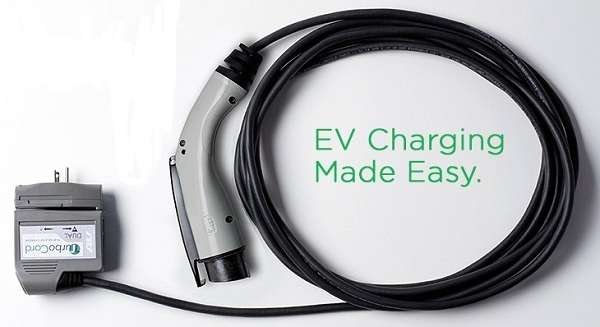 DC fast charging is important to the electric vehicle industry because it drastically reduces charge times. There has been speculation that charging at high power rates will lead to capacity loss and reduced range, but a new study shows it is likely not a major concern.
Advertisement

For EV owners, public Level 2 charging stations are nice to have but don’t recharge quickly enough to be convenient in most people’s hectic lives. Enter DC fast chargers, which can replenish 80% of battery capacity in 30 minutes or less depending on the vehicle and the charge rate (some stations like those built by Aerovironment are 50 kW, while others such as those built by Fuji Electric are 25 kW). Though expensive, fast charging stations are in high demand from EV owners and bring more potential for profits to the charging network operators and the owners of the charging stations.

Yesterday we looked at a study on the effects of extreme weather on battery capacity. Another potential cause of capacity loss, DC fast chargers may result in battery degradation with overuse; at high power rates of 25 or 50 kW (or 120 kW for Tesla’s Supercharging network), the rate of chemical reactions used to fill the battery with electricity can generate heat which would potentially erode battery life. However, the automakers say that even though DC fast charging is harder on the battery than Level 2 charging, this isn’t a problem even if DC fast charging is used daily. A new study conducted at the Idaho National Laboratory backs up their claims.

The results of this study confirm what automakers have said: as long as it is not done in excess, DC fast charging will not have a significant effect on battery life. DC fast chargers actually communicate with the vehicle’s Battery Management System (BMS) to monitor temperatures and cell voltages, and as the battery state of charge increases the charger will ramp down the charge rate to protect the battery.

This is what prevents overheating that would otherwise harm battery life, and is why it may take 30 minutes to charge a battery to 80% but another 30 minutes to charge it the remaining 20%. At 80% state of charge, the charge rate of the DC fast charger will have dropped below 10 kW and will decrease to less than 5 kW by the time the battery is fully charged.

It is worth noting that many experts believe battery life can be extended if the battery is not fully charged or discharged, as depth of discharge is known to greatly affect cycle life. In the study mentioned above the vehicles all saw a worrying amount of capacity loss after just 40,000 miles. However, this may be due to the demands placed on the vehicles; they were fully charged and discharged to virtually zero with every cycle and twice per day, which will degrade the battery faster than the conditions most vehicles will see in routine use.