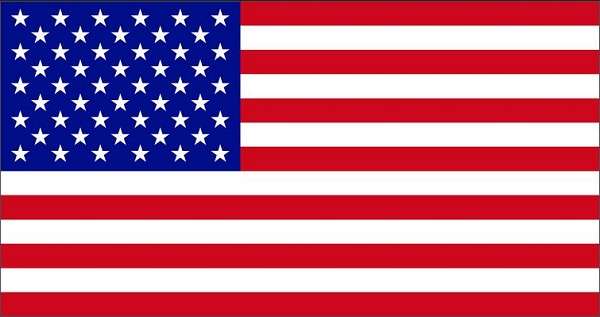 The most patriotic car decision you can make

This July 4 we should recognize the best way to show our American pride when buying a car: making the switch to a plug-in electric vehicle.
Advertisement

For as long as automobiles have been around in significant numbers, they have been running on gasoline refined from crude oil. Throughout the history of the American automobile, with the exception of the Arab oil embargo in 1973, nobody has really cared where the fuel for their cars ultimately came from.

That has finally started to change in the 21st century. The terrorist attacks on September 11, 2001, rising instability in major oil-producing countries and regions of the world, and fears of climate change have begun to change the way Americans think about the oil that fuels their cars.

And now we finally have a viable alternative to oil for powering our vehicles: electricity, the truly job-creating made-in-America energy source.

Though U.S. imported oil share has been falling in recent years, it still makes up a significant portion of demand. According to the Energy Information Administration, in 2012 the United States imported 40% of its petroleum consumption.

Last year the United States imported 7.7 million barrels of oil each day, largely for use as transportation fuel; each barrel of crude oil is good for about 19 gallons of gasoline.

The United States is by far the largest importer of oil in the world, spending $427 billion on imports last year (via TIME). China is a distant second with about $270 billion in 2013.

Though the U.S. gets most of its imported oil from Canada, about 2 million barrels per day (25.8% of imports) came from Saudi Arabia, Iraq, and Kuwait in 2013. The rest of the list of our largest oil suppliers reads like a who’s who of unstable nations, some of whom really don’t like us: Venezuela, Colombia, Nigeria, and Angola.

The best way to reduce our dependence on foreign oil is to drive cars that use less gasoline. Better yet, why not drive a car that uses no gasoline but instead runs on electricity produced by coal, natural gas, nuclear, hydroelectric, wind and solar power, all of which is produced right here at home?

Electric cars are too expensive, you might say. The response: Nissan’s LEAF in particular is a very affordable car, particularly with government incentives that will encourage EV adoption for the next several years until costs drop to a level more competitive with conventional counterparts. And don’t forget, you will only spend about $500 per year on electricity to power your electric vehicle compared to $1,500-$2,000 or more for a gasoline vehicle.

But electric vehicles have limited range and I need my vehicle to be capable of long road trips, you might say. Then Chevrolet, Ford, and Toyota have a plug-in hybrid they’d like to sell you! These electric vehicles can travel 11 to 40 miles on electricity for your daily commute, and can switch to gasoline backup for the occasional long trip.

I live in an apartment complex and don’t have a place to plug in, you might say. This is a trickier problem that the EV industry is doing its best to solve – you can always check if your employer provides charging at the workplace, and if not you have the right to request that they do so. The same goes for the apartment complex.

The choice is yours

No, electric vehicles are not perfect yet. There is still much improvement to be made, but they are here now and can fulfill your driving needs without supporting petrodictatorships in hostile nations. Oh, and they’re great to drive. Just ask any EV owner – they’re the most enthusiastic advocates out there.

In the spirit of Independence Day, be a true patriot and drive a car that says, “I run on the power of America.”

JPWhite wrote on July 4, 2014 - 5:02pm Permalink
Good article highlighting the patriotic side of owning an EV
stm wrote on July 5, 2014 - 4:22pm Permalink
Groovy. Drop the nationalism and egocentrism [pride and american]- entirely backwards thinking. After all american refers to 36 countries of which the egotistical united states is only one on the continent. Please help abolish stupidity- a much more dangerous resource than oil.