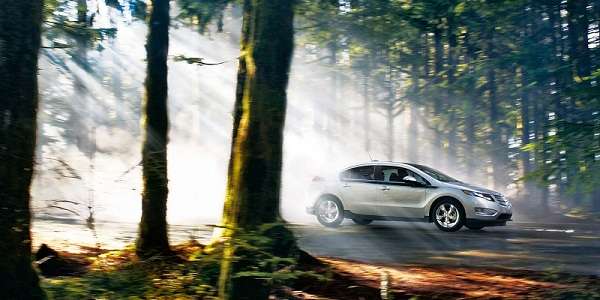 The month of July saw electric vehicle sales in the United States continue a strong 2014, but the third highest-selling month of the year had its ups and downs among the individual cars available.
Advertisement

Some automakers fare quite well...

This month had a few clear winners among the plug-in models available.

The Nissan LEAF continued its torrid pace, selling 3,019 vehicles for a 62% increase over July 2013 to up its streak of consecutive year-over-year increases to 17 months in a row. America’s best-selling plug-in now leads the Toyota Prius Plug-In and Chevrolet Volt by about 5,000 units, and is up 34.6% from last year through July.

Nissan reports that its No Charge to Charge promotion has driven sales upward in the markets where it is currently available.

The aforementioned Volt is not having a great year, down 8.7% from 2013 thus far. But the Volt has seen steady month-by-month increases in sales since the start of 2014. July’s 2,020 vehicles sold continues that trend and represents a 13% increase over last July.

Toyota’s Prius Plug-In sold 1,371 copies in July, which represents the vehicle’s lowest-selling month since February. On the other hand, the Plug-In was the only Prius variant to increase sales this month and improved 68% over July 2013.

Ford also continued its upward surge in plug-in vehicle sales with 1,226 Fusion Energis and 831 C-Max Energis sold. Both were down from June’s lofty totals of 1,939 and 988, but that was hardly unexpected. It was the third-best month of the year for the Fusion Energi, which more than tripled its July 2013 total. The C-Max Energi nearly doubled its total from last July with its second-highest selling month of the year so far.

The lone disappointments arrived in the form of the premium luxury electric vehicles.

BMW’s radical i3 improved only marginally on its May and June totals, moving 363 units in July. The United States is supposed to be the i3’s biggest market, but it is off to a somewhat slow start here.

The most-alike competitor to the i3, the Mercedes B-Class Electric Drive, debuted in the U.S. this month in eight states and sold 41 copies in about half a month. Not very impressive, but volumes are expected to be rather low until the vehicle is opened up to the entire U.S. market next year.

Tesla Motors sold an estimated 500 Model S sedans in the U.S. in July, a paltry number compared to what the company has done in the past year and a half. We remind our readers, however, that Tesla has shifted its focus to other markets like China, Hong Kong, and the U.K. for the time being and was slowed by a 2-week factory shutdown in July. No need to panic quite yet.

Some other low-volume vehicles chalked up notable July performances. The smart ED sold an all-time high 298 vehicles, the Ford Focus Electric continued its unbelievably consistent 18-month run of 100-200 units with 198 sold, the Cadillac ELR blew away its previous best with 188 sales heavily motivated by incentives, and the Chevrolet Spark EV had its second-best month ever with 128 copies sold.

As it has been for some time, the EV market continues to show signs of strong growth. It is currently up 33% from last year, which would bring its 2014 year-end total to approximately 130,000 units. The final number will almost certainly be higher as several new models are introduced and gain momentum.

And as always, we impatiently await the arrival of the true game-changers in the EV industry. Tesla, Nissan, Infiniti, GM, likely Ford, and possibly others have very compelling all-electric offerings on the horizon with many other plug-in hybrids on the way. But even without these future models the plug-in vehicle market continues to steadily improve.