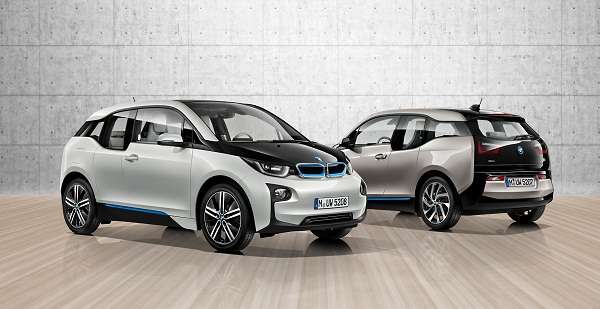 BMW i3 REx has a potentially dangerous flaw, but a fix is on the way

The BMW i3 is an excellent car by nearly all accounts, but the range-extended REx model has an engineering flaw that could prove deadly. Luckily, BMW is addressing the issue.
Advertisement

Back in June, Torque News compared the i3 REx and the Chevrolet Volt, the two most prominent plug-in hybrids (the proper term for these two is range-extended electric vehicle) on the market today.

We pointed out that the Volt has a more robustly engineered powertrain that is designed for extensive use in range-extended mode, and took some flak in the comments section for suggesting that the performance of the i3 REx can suffer in certain driving situations due to the size of the backup gasoline engine.

A quick refresher course first: the U.S.-spec i3 REx has an all-electric range of 72 miles while a tiny 1.9 gallon fuel tank provides an additional 78 miles once the battery has depleted beyond a certain level. An equally small 0.68-liter two-cylinder engine hums to life to generate electricity to feed the battery, which keeps a small buffer in reserve for periods of high demand that the gasoline generator cannot meet.

Unlike the Volt, the i3 REx is primarily an all-electric vehicle that comes with the optional gasoline range extender to broaden the vehicle’s appeal to customers with longer commutes. It was never intended to be used heavily in range-extended mode, whereas the Volt was engineered to handle long road trips.

In most driving situations the i3 REx in range-extended mode performs just as it does in EV mode, as many drivers are happy to point out. This isn’t the case in all circumstances, however, which we suspected and was confirmed by The Telegraph in a test drive.

Now, the well-respected magazine Consumer Reports has provided further validation to the fear that the i3 REx has a potentially dangerous flaw when driving on gasoline.

Loss of power when you need it most

Consumer Reports first points out that the gasoline backup is fine for high-speed steady cruising, but then notes that the vehicle displayed an alarming drop in power when pushed to the limit.

A test driver who accelerated hard to pass a truck on a hilly two-lane highway found that the vehicle “began to lose power without warning, subjecting the driver to more exposure in the oncoming lane.” Though the i3 recovered quickly after it was permitted to coast, the scenario of making an uphill pass on a two-lane road is not that unusual in the United State. No vehicle, especially a BMW with a driver accustomed to brisk acceleration, should subject the driver to an unexpected loss of power in that situation.

Consumer Reports, curiosity piqued, subjected their i3 REx to more tests in range-extended mode to determine the extent of the problem.

“After a prolonged use of the throttle with little or no speed varying and no gentle braking to regenerate energy to the battery, acceleration ability falls off dramatically,” wrote Gabe Shenhar.

How dramatically? The i3 REx in range-extended mode posts an official 0-60 time of 9 seconds (it does 7.5 seconds in EV mode). In the depleted state Consumer Reports subjected the vehicle to, the magazine measured 0-60 mph acceleration time of a plodding 27-40 seconds.

A major concern, but a fix is coming

As we stated before, the i3 REx in range-extended mode offers sufficient power to handle most driving situations you can throw at it. It was always intended to be an urban car anyway, and the gasoline backup is designed only for occasional use. There have yet to be any stories (that we know of) involving an i3 REx driver like the Consumer Reports tester getting into a deadly accident as a result of compromised performance.

It is a very real possibility, however, and BMW is addressing the issue accordingly. Matthew Russell, a BMW spokesman, told Consumer Reports that a fix will arrive in spring 2015 and will also be available as a retrofit for existing owners.

“It will include a battery state-of-charge indicator, an early alert prior to potentially experiencing a temporary loss of power, and a proactive boosting of the battery level based on the car’s navigation prior to entering hilly terrain,” the magazine reported.

Short of implementing a “mountain mode” a la the Volt, the proposed modifications to the i3 REx seem to sufficient to avoid a catastrophe. The vehicle should have had an SOC indicator to begin with, just as it should have come with an impending power loss warning. But the battery power boost using the navigation system is a clever solution that, coupled with the other two indicators, should render the issue moot. We would strongly recommend that current i3 REx drivers opt for this retrofit when it becomes available.