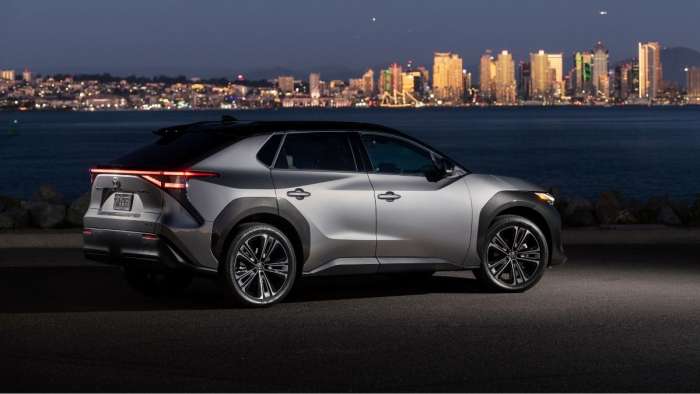 Renowned auto YouTuber Scotty Kilmer shares his thoughts on Toyota’s first electric vehicle, the 2022 bZ4X. His opinion may change the way you think of the car.
Advertisement

If there is one guy you can trust on Toyota advice, whether mechanical or informational, It's Scotty. A former mechanic, Scotty has made thousands of videos explaining his take on how to diagnose and solve problems on any car, mainly Toyotas.

Yesterday, Scotty posted a video on YouTube giving his take on the 2022 Toyota bZ4X. We have written a lot of articles lately about the 2022 Toyota bZ4X and in my opinion, it’s an overpriced electric SUV that is easily outperformed by its cheaper competitors. However, I don’t hate the fact that Toyota is finally testing the waters of the ever-growing EV market

So, within the first few minutes, Scotty already bashed the 2022 Toyota bZ4X by calling the name, “stupid” and saying, “it just doesn’t roll off the tongue right.” Now look, the name has some meaning (beyond zero, BZ) and 4x meaning it’s a compact SUV. So, while the name bZ4X means something, it just doesn’t sound right. I feel like if I ever bought a bZ4X I would want to tell my friends that I drive a (insert cool car name here) instead of a robot’s serial number. 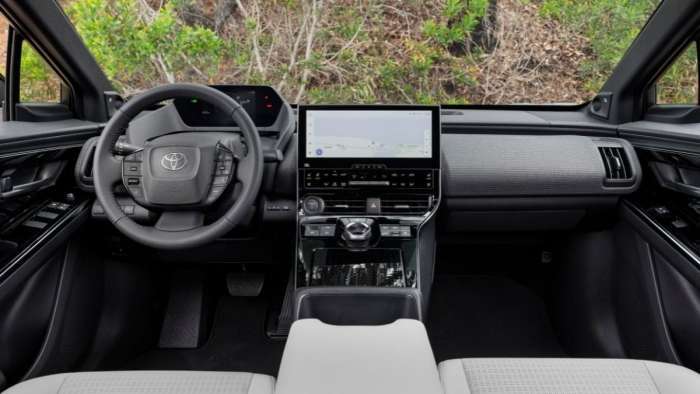 He also said that Toyota is “losing their creativity” with these names and that if they really stared it hard enough, they at least could have come up with a better name. For instance, when we see a Ford Bronco on the highway, we don’t say, “Hey look, it’s a Ford SUV,” we say, “check out that sick Bronco.” Bronco is successful because Ford turned it into its brand with a high demand following. Brand recognition is key, especially in a new car.

He then talked about one very interesting “buyers beware” concept that all of you should know. So when buying a brand new car that just came out, it’s ideal if you can wait a year or two to see what major problems there are with the car. About 99% of the problems are weeded out after the first year of production. Scotty made a video a few years ago on why you shouldn’t buy the new C8 Corvette. In that video, he said that because the C8 was a redesigned and Chevy’s first Mid-engine car, you shouldn’t buy it because it could be ladled with reliability issues and or mechanical ones.

I think this should be the rule for almost any new car that comes out. Scotty said the same thing about the 2022 Toyota bZ4X because it’s Toyota’s first mass-produced (in small quantities) EV SUV and nobody knows its long-term reliability. I will comfortably go out and buy a 2022 Camry or Prius because I know that Toyota is an S-tier automaker for reliable sedans. Toyota only made an EV RAV4 a few years ago which didn’t sell well, and it didn’t go far. Even though the 2022 Toyota bZ4X has absolutely no parts from the 2014 Toyota RAV4 EV, it still is Toyota’s first.

I stand behind Scotty’s claim of waiting 1-2 years until buying one solely because we have seen a lot of new cars that failed the first year like the Fiero or Aztec (I personally love the Aztec). The thing is Toyota is less likely to have problems in its first year because of its manufacturing process. On average, they stop assembly at least 200 times a week whereas companies like Ford stop assembly lines 20 times a week. This ensures that each car is checked and re-checked for any mistakes or repairs.

So now the big question comes, Should you buy it? Scotty says maybe, but it’s going to be hard to get one even if you wanted one. Toyota said that they would release the 2022 Toyota bZ4X spring of 2022. It already is spring of 2022 and we don’t see anything yet. Scotty also said that he didn’t like the $1250 destination fee added when you buy one. He said the price you see should be the price you pay. I don’t like added fees either, but I guess it’s not Amazon is it.

So, while there is the hype about the 2022 Toyota bZ4X, Scotty Kilmer’s opinion opens the reality aspect of it. Don’t buy brand new cars in the first year of its production, and don’t name your cars after robots. After all, you can get better EV SUVs on the market with better range and a lower MSRP like the Mustang Mach-E. So, until Toyota either redesign the drivetrain of the 2022 bZ4X or at least changes the name or better yet, lowers the price, I probably wouldn’t be inclined to buy on end nether would Scotty.

What do you think? Would you buy the 2022 Toyota bZ4X when there are cheaper and better alternatives? Let us know in the comments below.

jg wrote on May 4, 2022 - 12:00pm Permalink
These will likely hold their value very well. Using it for a year or two then trading in on a more well-rounded EV as they come to market is likely a sound financial decision that reduces your dependence on fossil fuels in the mean time.
Rj wrote on May 4, 2022 - 12:07pm Permalink
The rav4 ev had a Tesla drivetrain. Not really a first EV for Toyota. Every car has a destination fee. I think there are some against evs because traditional skills don't apply. However when customers start driving them for 500,000 without oil changes or dealer games, things will look far worse for gasoline vehicles.
Jacob Geertsen wrote on May 4, 2022 - 5:24pm Permalink
#1 bZ4x is just a name ! I would say " I drive a Toyota beyond zero and it happens to be a 4x4" ? #2 Toyota RAV4 BEV was a "Tesla trial partnership" - teaching Toyota - don't build BEV yet #3 Toyota has been a Panasonic partner (Tesla batt's anyone) since the 50's. TMC and Pana have had batt factories since 90's. TMC has sold electrified mobility the last 30 years (including heavy industries) #4 To say TMC quality and understanding of making a BEV is just a child not understanding production
john1701a wrote on May 26, 2022 - 2:04pm Permalink
Never an issue for any of my first-year Toyotas... 2001 Prius... 2004 Prius.... 2010 Prius... 2012 Prius PHV... 2017 Prius Prime. That's why I jumped at the opportunity to order a first-year bZ4X.