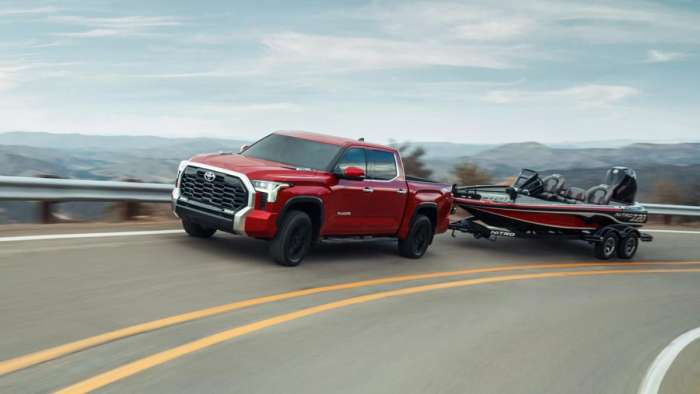 If you are having problems with your 2022 Tundra’s YouTube Volume adjustment, don’t fret, you are not the only one.
Advertisement

The new 2022 Toyota Tundra is one of the most sophisticated trucks to date. From the outside, it’s a beefy, sturdy, and rigid truck. From the inside, it’s all tech and screens and flawlessness. However, this flawlessness has led some owners to feel probably one of the most annoying things on this earth…when the volume changes without your command. Now the saying, “the music is the driver’s problem,” is just that… a problem. I hate it when someone touches my music, especially when I’m on the highway so I can understand the frustration Tundra drivers are experiencing with this little problem.

Fortunately, a few of them have taken to the Facebook groups and suggested simple solutions to this problem. The dealer can’t do anything about it because this is either a safety thing or a literal glitch in the infotainment system so it would have to be dealt with your own. Luckily, this doesn’t involve you tearing out your entire dash and putting in an aftermarket infotainment unit.

By the way, check out our latest article on the new no-cost manual Supra and why it's important.

On Facebook’s 2022+ Toyota Tundra group, Phillip Shepard said, “I used to be able to listen to you tube and any other app for that matter from my phone through my audio system. With this truck the audio level decreases significantly, and I get this message when I try to adjust the volume.” You can see on the post that the system actually gives an error message so it’s not really a faulty regulator rather an actual problem that the Tundra doesn’t let slide. Let’s take a look and see what solutions these owners came up with. 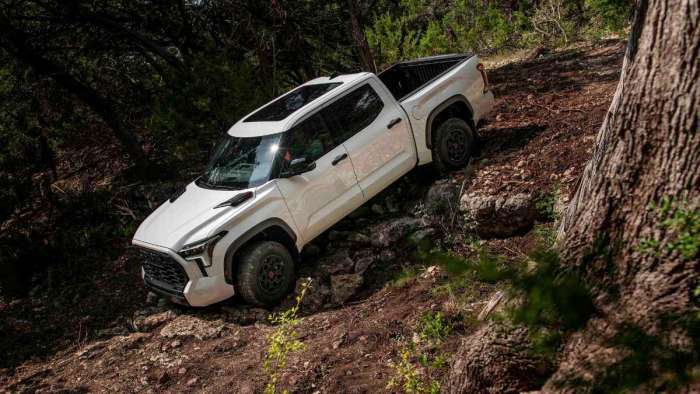 Travis Mathis said, “On my 2018 Tundra I replaced the factory amp and speakers and that fixed it.” I guess if you are in need of a better and louder sound system then you could change the amp and speakers but I would probably wait until you are out of the warranty to do that so you wouldn’t void it or get it professionally done.

Don Pitoloco said, “Every once in a while, I hit airplane mode on my phone then I take it off of that and there are no more issues until it happens again a few days later.” This could be a short term fix if you don’t have a problem with hitting a few buttons when it comes back but I guess it wouldn’t hurt to do this instead of change the entire sound system.

My best guess would be to maybe try using a different app like Spotify. It seems that this is only a problem with YouTube rather than all music in general. If it really gets bad you could try a dealership but I highly doubt they would be much help.

What do you think? Do you have this problem? Let us know in the comments below.