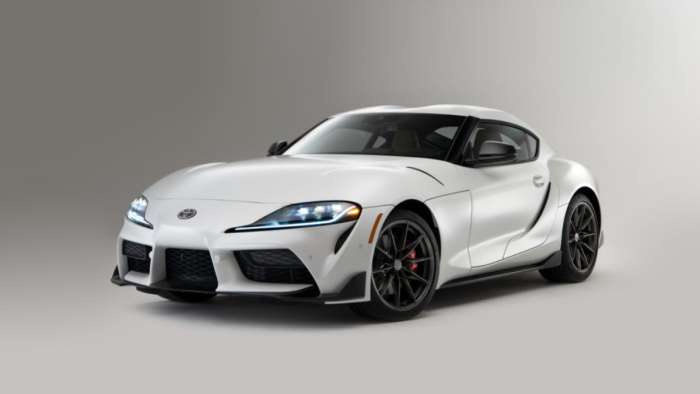 Toyota announced that a manual Supra will now be available at no extra cost. What will this mean for die-hard Supra fans?
Advertisement

Toyota Supra enthusiasts range from different demographics. The depressed teenager who finds no life other than some car he saw in a Vin Diesel movie, the old guy with a successful 401K who wants to re-live his youth, or the suburban dad who was once the depressed teenager who actually did something with his life and can now afford such a car. In essence, you’d have to be a special breed to really like this car. However because I have not driven it yet, I will refrain from my initial Supra thoughts.

Now I personally don’t really like to cover this car because I’m not a big supra fan like I am a RAV4 Hybrid or Tundra fan. However, Toyota did one thing that might change me back from that direction. Toyota will now finally offer a manual Supra with no extra cost. In other words, you will be able to get the same automatic supra as a manual for the same price of $59,440.

By the way, check out our latest article on why your Tundra may be showing that you have less fuel than your really do. 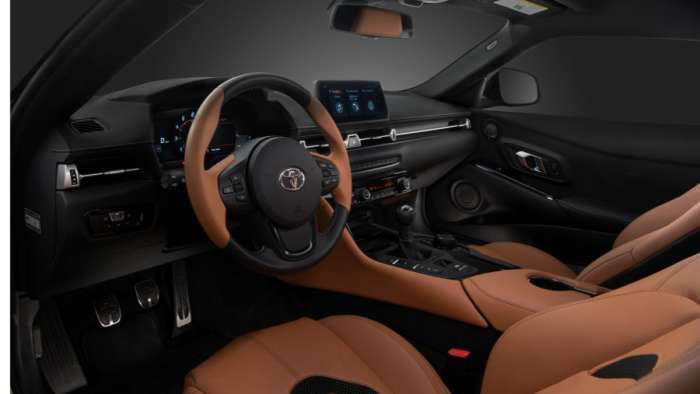 This is pretty interesting considering that Toyota usually makes the manual either more expensive or cheaper than its automatic cousins.

Why is this so important? Well Supra fans who couldn’t afford a GR Supra probably wanted a regular supra with a manual to feel like they aren’t driving an automatic BMW Z3. Don’t get me wrong, I’m sure the new Supra handles pretty well but I would never give that much money to buy a re-branded car whose only hype is centered around its older generation.

But for those who wanted a Supra with a manual at no extra cost, you now have your wish granted. I love manuals, I such at driving them but who doesn’t love showing off that you have to manually change gears instead of letting a computer do it.

One more reason why the new no-cost manual is so important to Supra fans is because if you are such a die hard Supra fan, you probably wouldn’t want to spend all those bones and get an automatic Supra. The manual just feels more authentic. Now true, a manual usually has a lower average MPG than an automatic but if you own a Supra, you wouldn’t really be watching gas prices.

The no cost manual supra sounds promising. If I was gifted one, I probably would drive it but at the same time most likely v8 swap it for fun. I think this new manual supra has guided me more towards the fulcrum of hating or liking the supra to where I used to be which was a pretty big hater. At the end of the day those who own a Supra have one and I don’t so I guess I’ll be stuck with my humble Prius until then.

What do you think? Would you buy the manual Supra or the automatic? Let us know in the comments below.