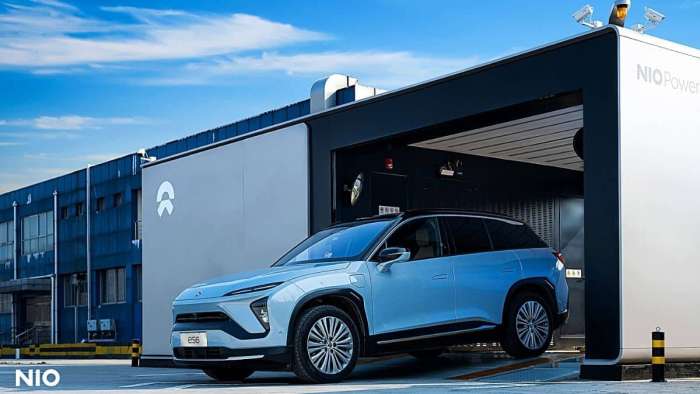 Nio Will Be The Next Big Automanufactor

NIO could be significantly undervalued and it could be the next household name in the Automotive industry. Find out why I believe Nio will blow past the competition and could be the Next Automotive Giant.
Advertisement

Nio is hands down the best player for both Electric Vehicles and Battery Technology in China. They have China's Government backing them as well as an expanding brand that has reached into the United States. Nio has started to come to the United States, but they will have a huge market in China and that could help them achieve more success than Tesla in Asia.

Can the Asian market really be that large and how will Nio compete with the likes of both Tesla and Lucid?

Nio’s State of the Art Technology

Nio has some impressive technology. They have 792 Nio Power Swap locations that take 3 minutes to remove the car's battery and install a brand new one into the vehicle. This is an unbelievable concept that will most likely be brought to the United States one day soon. It eliminates the waiting time for your Electric Vehicle to charge, and it is very convenient for Nios customers. Along with the 792 Battery swap locations, Nio also has 629 regular charging stations, in case Nio customers do not want to use the power swap locations.

Nio also has 24/7 on-call valet charging which can charge up to 100 km in under 10 minutes. Nio has charging plans for all of these useful stations, which increase profit margins and could make Nio some nice money in order to expand and grow out their already established fleet in Asia.

Nio currently has 5 different models for their fleet and all claim to have industry leading technology implemented inside these vehicles. With plans of creating more models very soon. They have already announced their plans to create these future vehicles and we will hopefully get more news about that very soon. Also, Nio currently has 41 Nio Houses globally and have stated that they want to increase that number in the future.

Nio also has plans to be heavily involved in NeoPark which is a smart electric industry park that is supposed to encompass much of the new technology and innovation that China wants to show that they possess. NeoPark is supposed to showcase China's autonomous driving technology, achieving Carbon Neutrality, Smart Manufacturing and eco-park. This nearly 17,000 acre park has a large plan and Nio will be a big part of NeoPark and the future of China's mission to reduce CO2 Emissions. NeoPark could be a big part of China's future plans if NeoPark is indeed successful. This would almost certainly gain Nio with a ton of attention, and pay Nio a hefty price for some of their technology and China would definitely be pleased.

Nio wanted to become one of the next big household names in the auto industry. They have a unique approach and could accomplish their goal of being that household name very soon. They already have a large presence in China as well as Asia and want to continue to expand. Nio is currently in the United States, United Kingdom, Germany, Norway and China. Nio is definitely a growth company that has a lot of room to grow in terms of their valuation. Nio will most definitely be a big winner of the world reducing its CO2 productions and China is very happy with what Nio has achieved and what their future presents to themselves.

I am a large fan of the Nio fleet lineup they have put together and so are many of my automotive peers. But the most exciting story about Nio is the investor side. Nio will certainly be a huge winner for the future and investors should have them on their watchlist as this company could start to grow very soon.