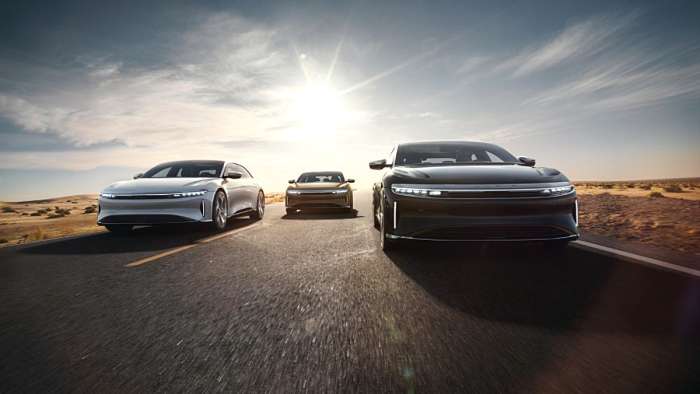 Lucid Motors announced via a tweet that they will be having their earnings report on May 5th. This is an enormous earnings call for the company and $LCID investors because we will find out if the company is still having issues with a missing part, glass canopy and carpet.

During the 2021 Q4 earning calls which happened on February 28th, included a disappointing mention of revised production numbers for 2022 from 20,000 to 12-14,000. Although this seems disappointing at first glance, with many other EV manufacturers halting production and forced to reduce numbers, this is not that big of an issue for Lucid Motors.

As everyone now knows, the Earnings Call for Q1 will take place May 5th, which is much faster than previously estimated. That should be good news for Lucid investors that have seen their stock drop tremendously since January from over $40 to now trading under $20.

The Saudi Investment Fund, which is Lucid Motors top shareholder, is releasing their 13F soon, which many people believe will come out around May 10th. This is a huge upcoming catalyst that should see some volatile trading for $LCID.

Lucid Motors is beginning to ramp up production and my last article that I wrote talked a lot about this. I believe that Lucid is near its inflection point and the supply chain and missing parts is not going to continue to affect Lucid as much as it previously has. Other companies like Nio have recently stopped production because of the global chip shortage and supply chain issues. However, Lucid Motors has announced a partnership with Nvidia, analysts are increasing price targets, and Lucid is on a global expansion paired with a nice hiring spree.

It seems that Lucid Motors is starting to get a nice run of great news. This could cause a nice momentum run for the beaten down stock. With the huge catalysts coming up, it will be hard for shorts to continue to maintain their short positions. Lucid Motors is now one of the most shorted stocks on the entire stock market and with a great earnings call, could quickly reverse.

I am hoping for an update on the AMP factory. As well as an update on the expansion into European, Middle East and Asia expansion. I am hopeful Lucid maintains the number of vehicles produced for 2022. The future is very bright for Lucid Motors and I am excited to see how electrifying their earning report will be.