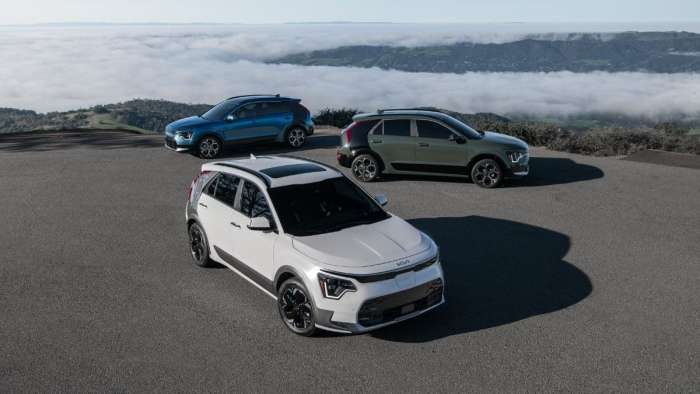 This is an interesting development because previously, Kia has only used battery supply from other South Korean manufacturers in the EVs it produces for its domestic market. Up until this point Kia has only sourced EV batteries from two domestic firms, namely LG Energy Solutions Ltd and SK Innovation Co Ltd. Kia is apparently sourcing batteries from CATL for the Niro EV, according to Reuters. This move will help to “diversify and stabilize” Kia’s EV battery supply.

What does this move mean for Kia, and for CATL? According to InsideEVs, this move likely means that CATL is able to undercut LG Energy Solutions and SK Innovation’s battery costs. Kia’s agreement with CATL also likely puts some pressure on the two domestic EV battery suppliers to improve the cost competitiveness of their battery prices. It may also add pressure on these two manufacturers to increase production. As such, this means Kia should be able to better exercise some amount of cost control or cost reductions by better negotiating the price of batteries. For CATL, which already produces EV batteries for Volkswagen and Tesla, the two largest EV producers in the world, adding Kia as a customer further solidifies its global leadership position in battery production. For reference, CATL controlled nearly 33% of the global EV battery production in 2021, and has increased its share since then. It’s annual production in 2021 was nearly 97 GWh.

Does the additional battery supply for Kia perhaps indicate a move by Kia to overtake other EV manufacturers or otherwise capture significantly more market share with its EVs? I would say there isn’t enough information to draw that conclusion, since as InsideEVs suggested, this may simply be a strategic move on Kia’s part to put some pressure on its two other suppliers by introducing a relatively small volume of additional supply. Since CATL is only going to supply batteries for one of Kia’s several electrified vehicles, while that may mean greater availability or a possible decrease in price for the Niro EV at some point, it isn’t likely to result in a huge increase in the volume of EVs Kia produces and, for the near term, we should expect more of an incremental increase in production numbers. However, if the expanded production of the Niro EV should be especially successful and demand does not ease, it seems within reason that Kia, with more battery supply from CATL, could further ramp up supply of its lowest price EV. It may even lead to broader availability of other electrified Kia EVs if CATL eventually provides more supply or if Kia’s domestic suppliers increase their supply due to the competitive pressure, though that seems likely to play out over a period of more than a year so we’ll have to keep an eye on Kia’s forthcoming monthly and quarterly sales figures for the Niro EV, and other electrified vehicles too.

Interestingly, Hyundai also signed an agreement with CATL last year. According to electrive.com Hyundai’s reasoning for this agreement with CATL is to expand Hyundai’s sales in China, but also perhaps to secure lower pierced battery cells for some of its electrified models for model year 2023 forward. Will Kia follow Hyundai’s moves in China? That certainly seems to be Kia’s intention, as per this article from The Korea Economic Daily.

What do you think? Might this mean the growth in EV sales from Kia, and Hyundai, will have a greater focus on the Chinese market compared to others? I think it doesn’t really matter. More EVs, period, is good news.