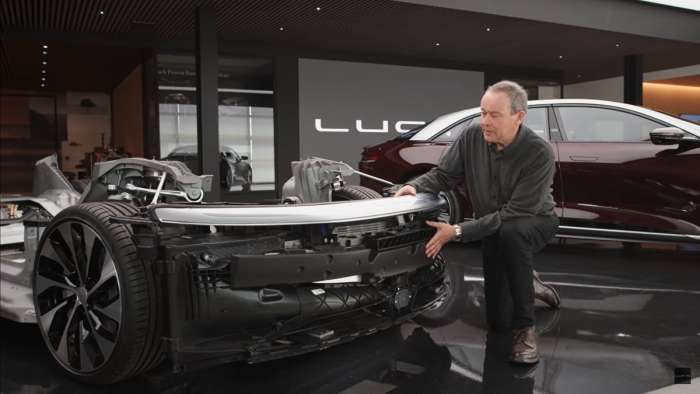 It's all hands on deck at Lucid's Arizona production facility as the company strives to iron out kinks in its logistics operations.
Advertisement

Lucid CEO Peter Rawlinson is spending the bulk of his time at the company's AMP-1 production facility in Arizona in a bid to streamline operations and help to onboard new executives.

Speaking during the recent Q2 earnings call Rawlinson revealed that he's operating out of the AMP-1 facility rather than the company's headquarters in Newark, California in a bid to iron out the kinks that come with building out a greenfield EV production facility. Indeed, that's where he took the Q2 conference call which relayed both positive and negative news to investors on August 3rd.

Reduced Production Targets
Lucid again reduced its guidance on the number of cars it expects to built by year's end during the call. From last year's estimate of 20,000 vehicles down to the 12,000-14,000 range during February's Q4 2021 call, the Californian EV manufacturer relayed that it now expects to build between 6000 and 7000 vehicles in 2022. The company has built 1405 cars so far this year, 679 of which were delivered to customers during Q2.

Lucid reports that, should everything run as smoothly as it's intended to, it currently has the capacity to build 34,000 vehicles per year. That's proved to be easier said than done for the relatively young company which has seen its efforts hampered by industry-wide supply chain and logistics slow-downs on top of the "limitations of our logistics system" which have "compounded the challenge" of getting the right parts to the right section of the production line at the correct time. 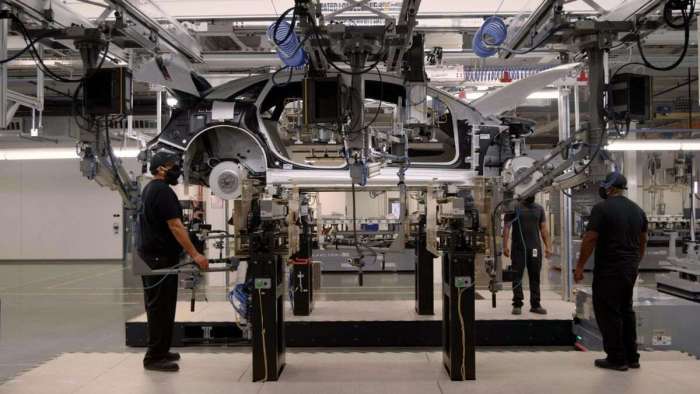 Rawlinson reported two and a half weeks of production shut-down during Q2 caused partially by these unplanned logistical limitations and partly because of the need to install new machinery and retool for upcoming Air Pure production which is still on course to begin before the year is out.

Now The Good News
On the brighter side of things, Lucid's been hiring executives with decades of experience in precisely the areas that it finds itself lacking. Evelyn Chiang and Walter Ludwig came aboard in July and more recently Steven David, who has extensive experience in supply chain management, logistics, manufacturing and quality with Chrysler and Stellantis was made Senior Vice President of Operations. Rawlinson spending most of his time at AMP-1 should help the new execs get up to speed faster and help the company to accelerate towards delivering on the 37,000 orders it now has on its books.

"I'm joining today's Q2 earnings conference call directly from our AMP-1 factory right here in Arizona. I'm right here on the frontlines and I've been spending the vast majority of my time here, right here, on the shop floor as I believe it's my responsibility as the CEO to be here resolving issues and helping to onboard the new executives." - Peter Rawlinson, Lucid CEO and CTO

In-House Logistics
Rawlinson also told investors on the call that the company's logistics operations are now being managed in-house and that they would soon be handled on-site at AMP-1. Saying he feels particularly at home around the production line so he can be directly engaged in helping solve problems, Rawlinson reiterated that the start of Air Pure production will be a huge milestone for the company.