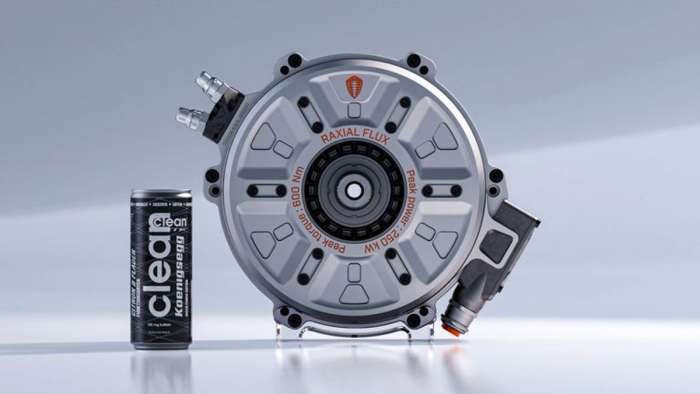 Koenigsegg has a history of turning problems into performance advantages by inventing its own beautifully engineered components to replace parts that don't meet its demands. The Quark is the latest such creation; a tiny electric motor with a huge number of potential applications.
Advertisement

Koenigsegg recently put out a press release showing off the electric motor it's been developing for use in the four-seater Gemera, and it's safe to say that the engineers in Angelholm haven't lost their touch when it comes to dreaming up amazing technology built from the finest materials.

Not only does the company build its own internal combustion engines (how many boutique manufacturers can say that?), it also holds patents for hollow-spoked carbon fiber wheels and the HydraCoup system used in the Regera which eliminates a traditional transmission, using e-motors to get moving and gradually feeding in ICE power as speed picks up. Koenigsegg's first patent was the Rocket Cat, a catalytic converter which solved the problem of exhaust back-pressure in the original CCR and added 100 horsepower as an incidental benefit. With each of the 80 Regeras priced at $1.89 million before custom work and tax, that R&D budget must be looking healthy. 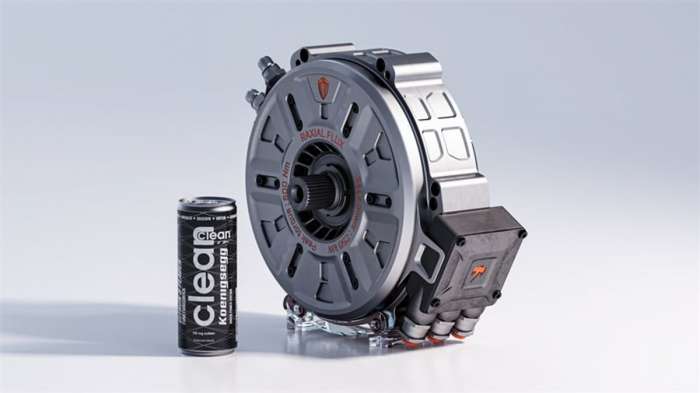 Quark
So, from fertile minds and lots of money comes the latest ingenious gizmo: the Quark electric motor. It makes 335 horsepower, 443 lb.-ft. torque, and the can it's pictured with is the size of a Red Bull. The design combines radial (power-dense) and axial (torque-dense) constructions to find an ideal balance between horsepower and torque, while keeping everything nice and compact. Why Quark you ask? Well:

"The Quark E-motor relooks at the fundamentals of magnetism, materials, cooling and packaging instead of following the norm, hence its name. The Quark elementary particle is the only particle to experience all four fundamental forces (electromagnetism, gravitation, strong interaction, and weak interaction). Given how it also relates to the mystery of magnetism, the name Quark rendered itself well for a novel E-motor design."

Groovy, as are the materials the Quark is made from. Koenigsegg follows a do-it-once-do-it-properly doctrine, so everything is made from the finest materials. It uses aerospace-grade steel for the shaft inside the motor, and the rotor is manufactured using Koenigsegg's Aircore hollow carbon fiber method, just like the wheels, each of which is made from 650 individual pieces of carbon fiber.

Quark and the Gemera
Sounds like a fairytale, doesn't it? Koenigsegg's upcoming Gemera will use three of the tiny electric motors paired with its own TFG 2.0-litre 3-cylinder engine, which thanks to twin turbos and engineering wizardry makes 600 horsepower all by itself (TFG standing for Tiny Friendly Giant). All told the Gemera will produce 1,700 horsepower and 2,581 lb.-ft. of torque, featuring creature comforts like cupholders and Koenigsegg's patented Dihedral synchro-helix doors. I guess not everything they invent gets a fun name. 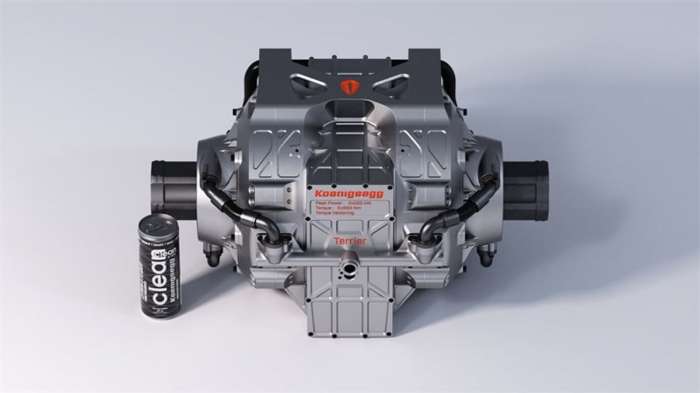 But what of the other bits and pieces needed to make an electric motor work, you ask? Koenigsegg's got a plan for that, and yes it has a cute name. It's called the Terrier for its small size and large tenacity, and its made up of a pair of Quark motors with Koenigsegg's other new EV toy, the 6-phase inverter known as David a la David and Goliath. The whole unit is capable of delivering up to 670 horsepower and 811 lb.-ft., though it weighs just 187 lbs. Thanks to the pair of Quarks contained within its cozy casing, the Terrier can provide torque vectoring across any axle it's installed on.

Future Applications
With extremely clever designs and dedication to using only the finest materials, Koenigsegg is hopeful that its products may find their ways into other industries. Touting potential uses in aerospace, marine, and VTOL vehicles, Koenigsegg states that the power-torque-weight ratio can provide direct drive and eliminate the need for transmissions that add weight and complexity while robbing performance. Whatever will they think of next?

DeanMcManis wrote on February 11, 2022 - 12:37am Permalink
The Quark and Terrier are very innovative and impressive. Like Koenigsegg's amazing and tiny 600HP 3 cylinder gas engine, these motors break the mold and set new standards, pushing everyone else to catch up. The Quark and Terrier use both Radial and Axial flux motor technology to get superior power and efficiency. Note that the huge power numbers only last for 20 seconds before dropping down to 1/3rd of peak power. But for most acceleration needs 20 seconds will be more than enough, and even the lower power level is impressive for the size and weight of the motors. The only negative side of these motors is that they may only end up being technology showcases for the rich, as they use exotic and expensive materials befitting million dollar, bespoke, Megacars.
ItdoesntExist wrote on March 19, 2022 - 8:47am Permalink
There is no such thing, its all marketing for investors. There is no motor. Not one video of it working anywhere, all you have are reders of crap
Terry Wolfe wrote on July 5, 2022 - 6:51pm Permalink
We do R&D