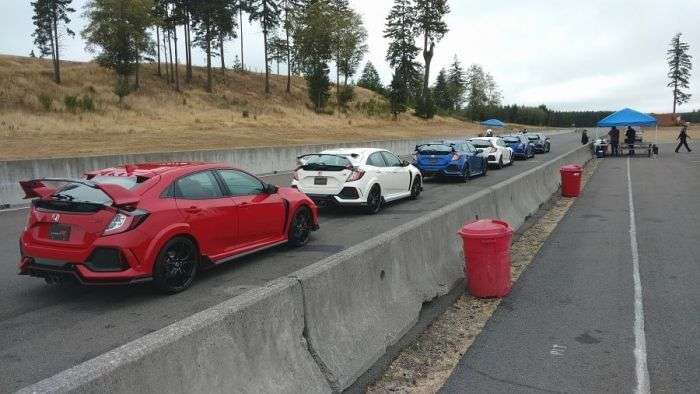 Now that Civic Type-R buzz has died down a bit, let’s get real. What does the future hold for Civic Type-R in the United States?
Advertisement

Here at Honda-Torque News, Civic Type-R dominated our news feed for the better part of 3 years. Infact, Civic type-R is by far the #1 read Honda article of the past 4 years, as American Honda Motor Company reinvented the North America lineup.

It’s been an exciting four years as we’ve reported on the the launch of the 10th generation Honda Civic, culminating with the arrival of the manufactured in England Civic Type-R Hatchback Touring. Experiencing Civic Type-R on the track was exhilarating! But what really drove home the Civic Type-R experience for us was an extended drive to the California Redwoods, where Honda’s hot hatch turned a head or two.

Yet, there was always a nagging question hanging in the backdrop. With the realization that Civic Type-R holds a broad-demographic near universal appeal, we came to the realization that if the price was lowered a bit, and more Type-R’s were released to market, Honda could sell as many as they could build. And yes, Honda R&D has hinted to expanding the Type-R lineup. So, what does the future hold for the venerable Honda Civic Type-R?

Honda hints at an entry trim-level Civic Type-R. But why do it?

Late last year after the initial launch, and the second wave of Civic Type-R production, there was talk of expanding the Civic Type-R lineup to a lower priced entry-level Civic Type-R Hatchback. We also reported on the interview of a Tokyo based Honda engineer that didn’t dismiss the possibility of an all-wheel-drive Civic Type-R. After all, Honda does produce a handful of smart-handling all-wheel-drive sedans and compact CUVs, why not a Civic Type-R AWD ultimate performance hatchback? Short answer: They don’t have to. 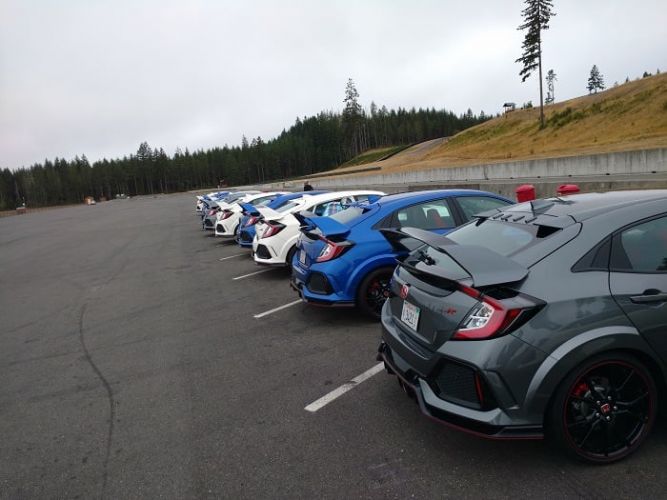 In speaking with American Honda, Torque News learns that Civic Type-R production run #1 and #2 sold out in the United States within weeks of the initial launch. Future annual production targets for Civic Type-R hovers around 5,000 units or so. To put that number into perspective we look to the balance of the Honda Civic lineup. Well over 300,000 Civics of all trim levels will sell in 2018. Type-R is the rarest Civic and will remain so; specified as is.

What we anticipate for Civic Type-R in the near term

As you know, 2018 Honda Civic Type-R returns to market as a carryover from 2017. So, we don’t anticipate any “refresh” until model year 2019. Presently, you won’t find any advanced active safety features integrated into Civic Type-R. As much as we like the present track-ready Civic Type-R Touring, we do anticipate up-trim integration of standard featured Honda SENSING in 2019. These days, stability track, ABS, and EBS braking while appreciated, is not enough active safety. While reading feedback from our readers, we anticipate an uptick in interior fit and finish quality, and the mitigation of a handful of body trim, center stack, door, and hatch seal issues. Other than that?

We won’t see an all-wheel drive option for Civic Type-R. It doesn’t need it

And yes, a bare-bones Civic Type-R club car kit racer would come to market at a lower MSRP. But, would most likely not be street legal. We look to 2018 SEMA Las Vegas for a clue or two as to Honda’s performance directive. Truthfully, with an MSRP of $34,100 plus destination, etc, as equipped, 2018 Honda Civic Type-R Touring is a performance bargain. After spending 2 weeks behind the wheel of Civic Type-R, I would.t want to cheapen the interior, reduce convenience, safety features, or toss out the stereo system -- there’s not that much more to it! I don’t believe Honda has any market incentive to change it!

What would you do to downtrim Civic Type-R? Leave your comments bellow.