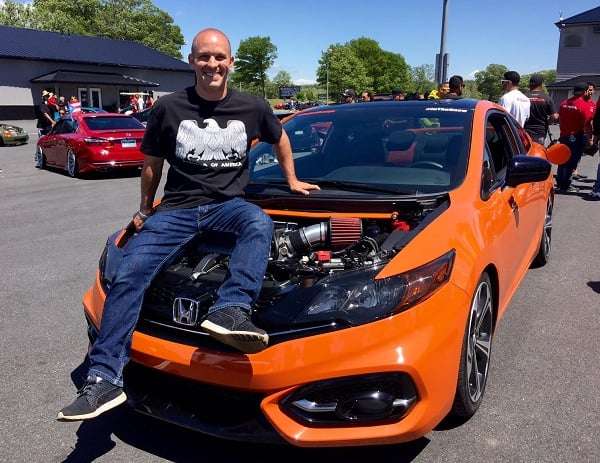 One of the coolest 9th generation Honda Civic Si coupes roaming the car scene today,belongs to arguably the most dynamic Honda-brand-loyalist on the planet today. We take a closer look at Honda Pro Jason's Project Orange.
Advertisement

What does it take to pump 300+ horsepower out of your 9th generation Civic Si? Our good friend Jason Richmond A.K.A. “HondaPro Jason,” kindly shares an update on his personal daily driver, as Torque News drops in with Jason for a Project Orange update.

Man, I’ve seen some crazy, slightly over the top, Civic Si modifications. And while HondaPro Jason’s Project Orange may not be the flashiest, it is one of, if not, the coolest factory correct Civic Si performance “sleepers” roaming Chicago Land these days.

Jason’s opted to keep his 9th generation 2014 Civic Si very road worthy, and mechanically reliable -- while putting no less than 40,000+ miles on his “daily driver.” You wouldn't necessarily know how bad-ass this Si is by looking to the Honda-Rod’s pristine, factory fresh exterior -- that’s the beauty of Project Orange -- it's an extreme Civic performance sleeper.

There’s no keeping up with this Honda Pro

I know, I’ve tried. Like Project Orange, Jason Richmond is one high-rev-line performer. He loves everything Honda, that’s what he does. The pride that he feels and preaches to the benefit of the Honda brand is just a bit contagious, and shines through in everything he does. What you see on Jason’s You Tube channel is what you get in person. Jason is the ultimate “people person,” personified. We spend some time with Jason in San Diego driving this car. 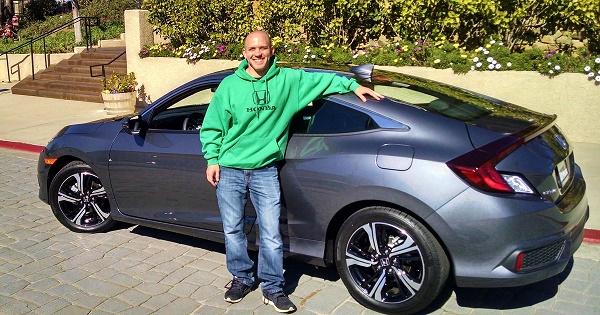 I hold myself as one of the lucky few that keep Jason on auto-dial, he’s gracious enough to pick up the phone, even while sitting in a cafe in Tokyo. Man, this Honda Pro is likable, and has the fan base to prove it.

What can I tell you? Learned in the hands-on world of Honda dealership sales, (19 years) and then, technical tutorial dealership video production and seminars, Jason knows Honda. His knowledge of the brand and Honda performance, comes screaming through in Project Orange. Compact, a bit over the top, fast and furious, yet retaining more than just a bit of class, HondaPro’s Project Orange blazes a trail of financially attainable, yet measurable performance Civic Si modifications. After Project Orange, Jason has his near future eye on this Honda.

HondaPro is a family guy

Yet, he’s kept a little something for himself in the form of a mechanically reliable, “blow your socks off,” 300+ horsepower supercharged Civic Si -- it seems reasonable enough. Jason tells Torque News that due to custom exhaust tones,(loud) baby HondaPro Maximus isn’t (yet) allowed to ride in Project Orange. He has his own Mugen customized HR-V dedicated to toddler-transportation-duty.

Here’s what Jason tells Torque News: “ I’ve had no issues at all with reliability. My mileage is 23-28, or if I'm driving it hard, as low as 19 mpg. I did under coat and sound proof the underside of the car. As to the family, my wife loves the color of the Si and the attention we get while driving it.

Unfortunately because of the loud J's racing exhaust system my son Maximus has not been for a ride.”

People always ask about where to start with 8th & 9th gens.
“My suggestions are intake, exhaust, Hondata ECU, a tune, and suspension.” According to HondaPro Jason: “Those items completely change the cars fun to drive factor :-)”

As to Project Orange: Jason’s been known to drive Project Orange from Chicago to the East Coast and back on more than one occasion. According to Jason, despite increasing the stock block 4 cylinder’s output by nearly 50%, his Civic Si remains trouble free, fuel efficient when driven at normal speeds, and extremely road worthy. Yes, you can take an 8th or 9th generation Civic Si, to “Epic” performance levels, without breaking the bank -- here’s how.

Here’s a list of modifications installed by Honda performance shop "1 King Motorsport Unlimited of New Berlin, Wisconsin. Jason informs us that these guys provide not only the best hands-on installation service in the Honda performance sector, but are extremely knowledgeable when it comes to helping you chose the correct, most cost effective, mechanical, electronic and aesthetic upgrade -- when taking your Honda performance to the next level. They're also the original, and I believe the only authentic Japanese manufactured Mugen performance distributors in the U.S..

As to the $ cost of the build? Without dropping the hammer on too much detail, Jason’s pointing his auto educated toward the $15,000 dollar mark, plus the initial MSRP of the car. Not bad for 315 horsepower- dyno-confirmed.