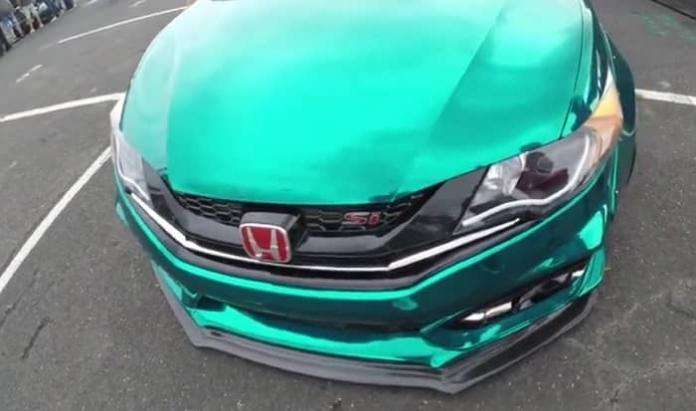 It’s only a matter of time before the Honda Fan Boy in all of us looks to modify the exceptional 10th generation Civic Si, how about past generations? What’s it take, how much does it cost, and who’s doing it? Torque News explores wide-body modifications for Civic Si.
Advertisement

My buddy Jason Richmond of Hondapro Jason Show fame says it often: ‘How cool is that?” I’ve spent some time with Jason at SEMA Show Las Vegas, epicenter for the radical modification of everything auto, including late model Honda Civics, tubbed, stuffed, and slammed Honda Fits, and HR-Vs. However, one not need venture to Las Vegas to view modified Honda Civics. While driving the street of anytown U.S.A., one will generally encounter an import tuner club car or two.

In Eugene, Oregon, where I hang my hat, there is no shortage of radically modified, turbocharged, rice burners, some fantastic, others, as rat-rod as any bale wired barn find -- from the cheep to the over the top high 5-figure fantastic! This Civic rolls fat straight of the assembly line.

It need'nt be new to be cool: Honda Civic remains the affordable hot-rod alternative to most foreign and domestic car offerings due to donor car longevity, multi-generational availability, a mega aftermarket, and ease of mechanical, aesthetic modification. As to wide-body modifications, the basic body fender flairs, lowers, hoods, trunk wings, etc, are all available online. However, they’re not cheap, and in reality, to do lowered, fat-body right, takes a hell of a lot more than bolt-on-application, and the turn of a nut and bolt or two. But then again, I’ve checked in on some very cool projects completed on a budget.

Extreme, down to the frame, late-gen Civic Si wide body

The video below was shared with me today by Torque News publisher Armen. In it, you’ll find an extreme big-wallet professional wide-body build out. Looking to the unfortunately low resolution video, very little to nothing remains of the donor car. Yet, I do find a cool idea or two here for an affordable modification or two. If you’ve ventured into a Civic modification, mild or extreme, we’d like to see your photos and build sheet here at Torque News. Check out the short video walk-around posted by Vasile Garage. What's in your wallet?