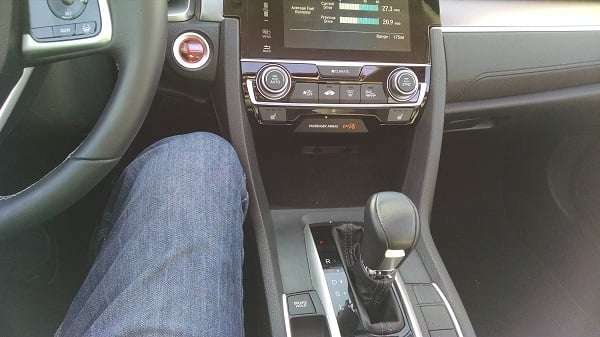 In the past, Honda Civic drivers often experienced a near hit and miss acceleration experience when entering the interstate or attempting a long multi car pass or lane change at speed. No more!
Advertisement

For many Civic drivers of past generations, coming onto a fast moving freeway or transitioning in and out of stop and go city driving has been a bit challenging at times, due to questionable on tap horsepower and torque. That launch and passing lane speed deficiency dissipated in 2016 with the launch of the 10th generation Civic.

Now don’t go and throw your 9th generation Civic into the crusher just yet. There’s plenty of aftermarket mild performance upgrades that will motivate your Civic into an acceptable passive performance sedan or coupe. However, for you that are ready to upgrade or transition into the Honda Civic lineup, 2016 Finds Honda fans in an enviable position.

Even the base model 2016 Civic EX comes to market with a more powerful 2.0 L multi-point fuel injected i-VTEC gasoline engine producing no less than +15 horsepower over the 9th generation Civic (158 hp @ 6500 rpm/ 138 lb-ft torque @ 4200 rpm) When coupled to a 6-speed manual transmission and limited slip differential, we found this car fun to drive, and Honda Civic historically correct.

O.K., while we don’t promote or condone exceeding the posted speed limit, as most of you reading this blurb know, sometimes excessive gas pedal is required when passing a lineup of 18 wheeled monsters on the interstate.

With that said, we gave it a shot! Astoundingly enough to this guy that just stepped out of the driver’s seat of Acura’s over the top NSX supercar, sometimes 174 horsepower is enough! Read our latest 2016 Honda Civic review here.

But it’s turbocharged Civic Touring’s seemingly endless torque that comes on @1700 rpm and stays there that takes Civic to the next level of performance, while preserving class leading fuel economy.

The 1.5 liter turbocharged Civic is the first of its kind in North America.This is Torque News’s third time in the seat. and the first extended week long drive experience with Honda’s sales leader. Not generally acknowledged in the past as a smooth long-range premium highway cruiser, the reinvented world-chassis 2016 Civic comes to the affordable near-performance sedan stratosphere with the most improved drive and ride dynamic in the compact sedan segment.

In our first extended interstate adventure, we discover that the all new Civic is everything that Honda claims it to be and more. With this car, Honda sets a new benchmark or two on the road to near perfection rarely found in a sedan priced under $27,000.