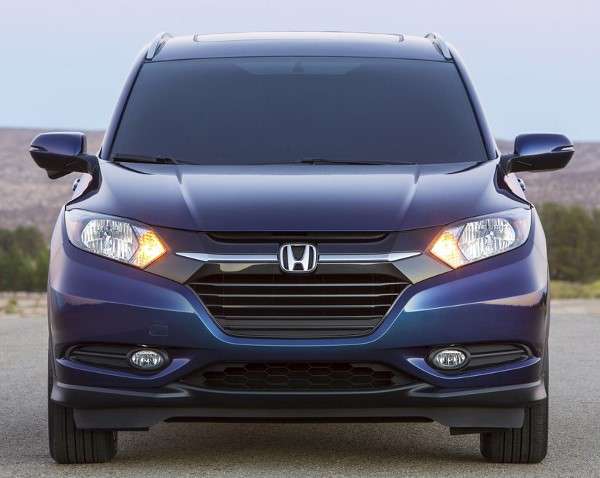 O.K., we’ll take the bait. Wednesday found rumors of a 2016 Honda HR-V derived sub-compact crossover for Acura floating in Cyberspace. Could be!
Advertisement

It’s those little things one recalls in replaying the internal brain-loop of a not so long ago conversation with Acura execs and engineers. The raised eyebrow of acknowledgement from an executive as one speculates as to the near future possibility a turbocharged HR-V sport-edition. You have to love it, the persistent rumor swirling in Cyberspace as to pending model developments; more than one concept car has come to fruition in this fast paced and often accelerated world of consumer driven, too soon to be expired innovation and groundbreaking design.

Innovative concepts and designs drive a highly competitive segmented marketplace. When the public speaks through sales numbers, as demonstrated by the unprecedented, timely response to Acura TLX, motor companies respond through the development and marketing of people-pleasing and hopefully financially attainable, fun to drive cars and light trucks. There’s more than a slight probability that Acura will eventually expand their premium crossover line with the addition of a getaway vehicle.

2016 Acura ILX is one of those fast track, too-soon-to-be totally redesigned, upgraded wonder child. On the market for a short 3 years, spawned by the anticipated success of 2015 TLX and the record sales of a “substantially refreshed” Honda ILX, HR-V is soon to make its mark on the compact pocket-rocket segment, priced $ thousands below Audi, BMW, Lexus and others.

Some believe that a sub-compact Acura CUV would take Acura SUV sales to new highs;
could be. Currently, Acura MDX and RDX hold the #1 and #2 position for premium midsize and compact SUV sales in North America. Rumor has it that Acura has registered “CDX” as a trademarked brand targeted for the application of automotive and associated parts identification and marketing in the U.S..

Logic may point to placing a Honda HR-V derived Acura CDX compact crossover; priced slightly below the ever popular compact RDX SUV. We’ll see, Its a different animal and Acura isn’t commenting on this rumor, not yet.